The Importance of Being You 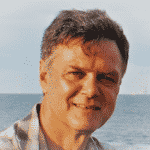 Mark Boiko Bio: Mark was a Firefighter in Edmonton AB. He attended the University of Alberta and majored in Educational Media and English. It was during this period that an interest in documentary filmmaking began and he served as president of The Film and Video Arts Society in Alberta for 2 years. In 1989, he left the Fire Department and travelled to Nicaragua during the time of Daniel Ortega’s first era as President. During his four months in the country, Mark produced a documentary called “Nicaragua Nicaraguita,”  “Learning With Love,”  “Gnosis” and “Protecting the Sacred.” He continues to make shorter pieces when the mood strikes.

Although spiritual interests have been part of Mark’s life since his 20’s, the momentum increased as his travelling increased and he was exposed to various ceremonies around the world. Being an avid reader, his research has included delving extensively into the historical backgrounds of the various spiritual traditions he was experiencing including visiting and study of the Templars’ Roslyn Chapel in Scotland. Mark has absorbed many different ways of being and he now, like many people, searches for the most effective way to help as humanity moves forward.
mboiko2@gmail.com
YouTube Channel – Documentaries 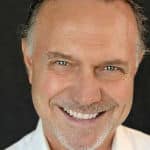 JP Stephens Bio: JP has been on my show before and was interviewed on the PEMF system of healing. As well, he co-hosted the show we did on the Dark Night of the Soul. JP lives in Canada and has for over 36 years, been a seeker of Truth and a spiritual student of many paths that gave him additional pieces to the puzzle of life and

insights to our purpose here. Currently he is practicing the mystical path of the inner light and sound of the Divine. JP is a facilitator of various health and wellness disciplines since the mid-eighties. He was also an accomplished athlete and coach and has a thriving practice as a Certified Polarity Therapist.

https://stkovacs.swissbionic.com/en/ – Find out how you can save HUNDREDS of dollars off your purchase of a PEMF system! eMail: pemfjp@hotmail.com Phone: 1-604-603-5477

To get a copy of Devrah’s book, The Magic Doorway into the Divine, for yourself or a loved one – click on this link: https://www.amazon.com/