Using nearly 200 years of abundant and consistent afterlife evidence, quantum physics, consciousness research, and ancient writings, we seek to understand who and what we are, how reality works, the nature of God, and the meaning and purpose of our lives. The truth is accessible to us now, and it is beyond-belief wonderful! Join us each week as we work together to better understand our one reality and gain insights into how we can make the most of the glorious eternal beings that we are.

Michael Tymn Talks About the History of Afterlife Research

Michael Tymn is among the world’s most venerable experts on the afterlife literature that dates back now for nearly 200 years. In his fourth visit to Seek Reality, he talks about his six great books, all written based on primary source materials. Roberta has read them all and loved them.

Now she recommends them highly to seekers who are trying to achieve a deeper understanding:

The Afterlife Revealed: What Happens After We Die (2011)

Transcending the Titanic: Beyond Death’s Door (2012)

The Afterlife Explorers: The Pioneers of Psychical Research Vol I (2012) 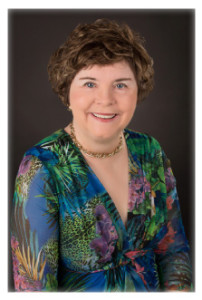 BIO: Roberta Grimes is a business attorney who had two experiences of light in childhood. She then spent decades studying nearly 200 years of abundant and consistent communications from the dead, quantum mechanics, and the nature of consciousness to learn in detail what happens at and after death. She shares her discoveries in The Fun of Dying – Find Out What Really Happens Next (Greater Reality, 2010, 2014). Her sequel, The Fun of Staying in Touch (Greater Reality, 2014), details the many ways in which the dead give us signs of their survival and the exciting new ways that we can contact them.  Liberating Jesus released in 2015. It details her most amazing discovery of all, which is the fact that the afterlife evidence validates in astonishing detail the two-thousand-year-old teachings of Jesus.

New book coming soon: FOGF “Demonstrates how to use the Gospel teachings of Jesus to achieve rapid spiritual growth,” and FOLT “Explains why we still have racial problems and how we can heal them in one generation.” My next Fun book will be out this spring; it’s called The Fun of Loving Jesus – Embracing the Christianity That Jesus Taught. “We sit at the feet of Jesus as He tells us how we can heal the world and bring the kingdom of God on earth.

Roberta has been a guest on more than 100 radio programs during the past year, recently including the wonderful Coast to Coast AM with George Noory. She delivers weekly podcasts on WebTalkRadio.net and on Dreamvisions 7 Radio Network that feature interviews with prominent experts. Her iTunes podcast archive has hundreds of thousands of subscribers. http://robertagrimes.com
Twitter: @Roberta_Grimes
Facebook: /RobertaGrimes
Linked In:  https://www.linkedin.com
YouTube: https://www.youtube.com 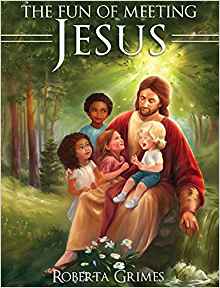