Dreaming Healing Radio Show with Thought Leader and #1 Best Seller, award-winning author Kat Kanavos aims to revolutionize the way we use dreams as diagnostic tools for better health, wealth and relationships. Can Dreams predict our Future Health and guide us to the Love-of-Our-Life? Can we speak with our Guardian Angels? The validated true stories and experiences of Expert Panelists and Guests Dreaming their Healing will inspire new ways to connect with our Divine Dream Messages for Inner Guidance and Wellness. Hear stories featured on the Dr. Oz and the DOCTORS TV Shows from Kat’s book Dreams That Can Save Your Life, co-authored with Duke University Medical Radiologist Dr. Larry Burk based on his Precognitive Dream Research. Call in LIVE with your Coolest Dreams or most Frightening Nightmares for on-air Interpretations with Dream Queen Kat. Align with more love, health, power, purpose, and joy through your Dreams. 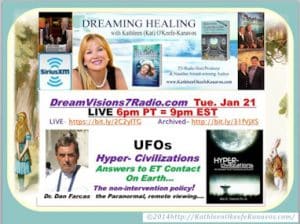 There are an unimaginably great number of places in the Universe where a civilization, similar to ours, could emerge and develop. Some of these civilizations must have appeared a very long time ago, and their representatives would have had enough time to reach the Earth and/or to manifest themselves through miracles. Why don’t we notice any of these? Dr. Dan Farcas, author, and President of the Romanian Association for the Study of Unidentified Aerospace Phenomena (ASFAN), will answer these and many other questions about ETs, and Hyper-civilizations such as the reasons for their non-intervention policy. We will discuss UFOs, abductions, old writings and traditions, folklore, religions, “paranormal” phenomena such as: remote viewing, channeling, reincarnation, xenoglosy and others. But the big question is do “they” care about us and the future of earthly civilization? 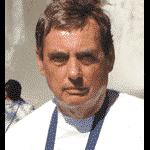 BIO: Dr. Dan D. Farcaş has published over 1000 articles, and has participated in many radio and TV shows, most of them related to UFOs. In 2011 he became President of the Romanian Association for the Study of Unidentified Aerospace Phenomena (ASFAN). He has published over 25 books, all in Romanian, in the fields of computer science, mathematics, essays, ufology, memoirs.

This absolutely Brilliant man was born in 1940, graduate with a degree in mathematics and physics from Timisoara, in 1960. He got his PhD in mathematics, and computer sciences, at the State University of Bucharest in 1979, became a Computer specialist at Polytechnic at the University of Timisoara (1962-67), where he made the first computer simulations of neural networks in Romania. From 1991 to 2010 (when retired) he was director, deputy director or senior expert of the Computing and Health Statistics Centre of Ministry of Health Romania, temporary advisor to the World Health Organisation (1997-2001) and expert in Health for Romania to the European Commission (2007-2010).

Have a Question for the Show? Go to
Facebook– Dreams that Can Save Your Life
Facebook Professional–Kathleen O’Keefe-Kanavos
http://kathleenokeefekanavos.com/ 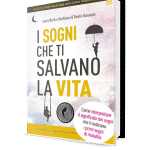 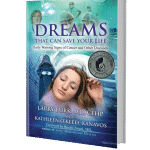 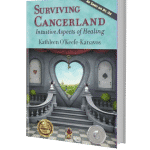 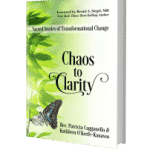 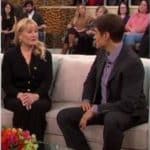 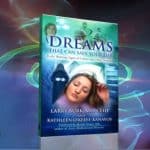 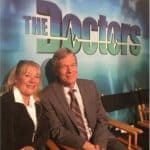 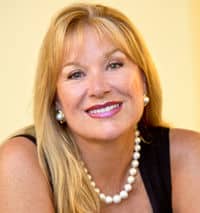 BIO: Kathleen (Kat) O’Keefe-Kanavos believes your dreams can diagnose and save your life. Did you have a déjà vu or a dream come true? Kat was born to a military family, raised in Europe, graduated from Munich International High School in Germany, has a degree in Special Education from Keene Teacher’s College in Keene, NH, taught Special Education for 10 years and Psychology at the University of South Florida. She is a three-time breast cancer survivor whose dreams diagnosed her illness and saved her life as seen on NBC & CBS News, the Dr.Oz and the DOCTORS Show.  Her second book Dreams That Can Save Your Life: Early Warning Signs of Cancer and Other Diseases, published and distributed by Inner Traditions/Simon & Schuster, is co-authored with Duke University Radiologist Dr. Larry Burk, and contributing author Dr. Bernie Siegel. It is based on Dr. Burk’s groundbreaking study of 18 women whose dreams diagnosed their breast cancer which was later validated by pathology reports. Kat was one of Dr. Burk’s study subjects. Kat is a Keynote Speaker and presents at the International Association for the Study of Dreams aka IASD. She’s a TV Producer/Host of Wicked Housewives On Cape Cod™ TV/Radio and Author/Lecturer of the International bestselling and multi-award-winning book, Surviving Cancerland: Intuitive Aspects of Healing which promotes patient advocacy and connecting with inner guidance through dreams, prayers and meditations, for success in health, wealth, and relationships. As a Nautilus Award winner, she hosted the Internet TV Host on New Earth TV for the Nautilus Book Awards Author Spotlight Show on the Kat Kanavos Show. Her blogs and articles are Internationally Syndicated on PATHEOS, Women’s Voices Magazine LLC, BizCatalyst360, Womenz Straight Talk Magazine– Queen of Dreams Columnist, Positive Tribe Magazine– Queen of Dreams Columnist, Medium, Quora, and she is featured in American Express Open, Newspapers and magazines. As a former Professor of Psychology at USF (Fort Myers Branch) she uses her training as a Performance Coach to guide you to discover and achieve your full potential in business, love, and life through your dreams. Kat is represented by literary agent Devra Jacobs, PR agent Steve Allen of Steve Allen Media info@steveallenmedia.com, and Manzanita Carpenter Sanz, Publicist Inner Traditions * Bear & Company/SimonSchuster. Website- www.KathleenOkeefeKanavos.com  Kat’s sizzler from the Dr. Oz Show- http://bit.ly/2r30tWP  Watch the whole episode here http://bit.ly/2rw0ioA