One United Roar with Linda Tucker

One United Roar for Lions and Nature is a call to arms. It invites all of humanity to stand up, stand together and stand strong in support of Lions – and all of nature. After all, who will speak for the lions if not us? Why lions? Because lions are the capstone animal in their ecosystem, and science tells us that if the Capstone animal disappears, the entire ecology will collapse. This is the ecology that supports all of humanity and all of life. White Lions, specifically, are the apex, and there are fewer than a dozen of them living in their endemic habitat. We are that close to the precipice. How to turn back? By following the keys provided by the lions themselves, the 12 Laws of LionHearted Leadership which Linda Tucker unpacks in her shows with humour, joy and a deep celebration of Sacred Warriorship and the Divinity of Life. http://oneunitedroar.org/

Evolutionary Voices for the Quantum Age Features Trailblazers, Visionaries and Pioneers Who Are Guiding Humanity To An Active Heart-Based Society~  Broadcasts Monday -Friday 8am & 8pmET

BE INFORMED.  BE INSPIRED.  ACT. 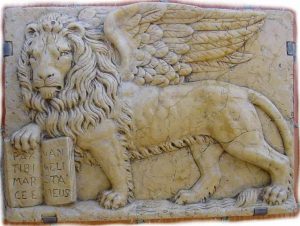 21 November – 21 December 2019
Led by Linda Tucker
Location: In the Heartlands of the White Lions’ Ancestral Territories

You’ve read about the LionHearted Leaders in their fields from across the globe who convened in the Heartlands recently to explore how humanity can adequately protect Sacred Natural Sites – with huge success!

This is the type of enlightened Leadership that is fostered at our annual Academy for LionHearted Leadership™, which will be taking place 21 November – 21 December.

Are you feeling the call to find the ‘Lion’ within? Take effective action in your life, in service of our planet and humanity.

The purpose of the Academy is to address the most critically urgent crises of today, including politics, economics, education, religion, culture, value systems and most fundamentally, sustainability. It does so, however, in an entirely unique heart-centred way. Although focused on modern innovative techniques, the Academy’s methods are founded on the most ancient indigenous knowledge systems, that are more relevant now than ever before. 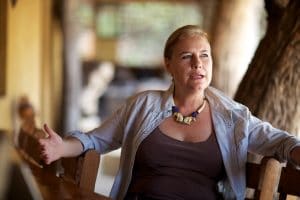 BIO: After being rescued by a Tsonga medicine woman from a life-threatening encounter with a pride of lions in 1991, Linda Tucker relinquished an international fashion and marketing career to become a conservationist. Since then, she has dedicated her life to the urgent protection of the critically endangered White Lions, regarded as sacred icons by African elders: “The King of Kings”.

In 2002, Linda founded the Global White Lion Protection Trust to ensure the survival of the White Lions as a living heritage. She successfully secured vast protected heritage lands for them in the unique ecosystem which is their endemic habitat – the United Nations-designated Kruger to Canyons Biosphere.

For twenty years, Linda has promoted a LionHearted Leadership™ model for sustainable living with mutual benefits for Lions, Land and People.

Her initiatives include the StarLion Program, a global eco-educational program for emerging talent in youth leadership, and the White Lion Leadership Academy founded in 2012 and based on heart-centred knowledge which enables adult leaders from all walks of life to become powerful agents of change.
2016 sees the emergence of the Linda Tucker Foundation, which continues to teach LionHearted Leadership™ strategies in ecosystems and human systems for protecting our earth.

Campaigns are ongoing for the protection of lions from the notorious “Blood Lions” industry, which is speed-breeding lions in cages to be killed (a gross malpractice known as “Canned Lion Hunting”). She is regularly invited as special guest speaker at international congresses, public events, and TV interviews; she has presented at the South African Parliament and British Parliament, and has been honored with the Woman of Impact Award and Citation by the Governor of Maryland, USA.

Educated in Cambridge University (UK) and initiated by indigenous African lion shamans, Linda holds the honorary shamanic title in the great African tradition: Keeper of the White Lions. Her life has been well documented by, amongst others, Forbes Magazine 2013 , National Geographic, Reuters, CBS, Animal Planet and NHK Japan – and is currently the subject of a full length Hollywood movie script.