Love by Intuition with Deborah Beauvais

Living Your Truth Through Higher Guidance

The Show’s message is Love in the purest form…the Light within us all is the guide to recall our beginning, to learn to love self and humankind-to feel the higher Power of our own Divinity… Deborah and her guests help the listeners bridge the human with the spirit by sharing holistic topics and healing modalities preparing them as they transcend on their journey forward …Let’s complete the circle of illuminating love by loving ourselves… reclaim your Divine Love Within and Prepare your Heart for a beloved relationship! Be love-Attract love!

Co-Host on The Love By Intuition Show

With our 3 Co-Host Radio Show Plan, a practitioner joins Deborah Beauvais on the syndicated 1-hour Love By Intuition Show three different specific times. Prior to the show we place your Show Topic and Bio with links on the Dreamvisions 7 Radio Network Blog and promote on Social Media. In addition each upcoming show is posted on Dreamvisions 7 Radio Network [Love By Intuition Page] with your picture, bio, topic and live link to your site. Following the [10] show airings, yes [10] an archive of the show {MP3} is placed both on iTunes and here on {Love By Intuition Page] with name, topic, bio and web link. It remains here indefinitely continuing to enlighten people as well as direct listeners to your business and website. Co-Hosting is a live advertisement for your business and costs less than one average print ad.

Deborah’s 1st children’s book The Paper Doll Kids is available as EBook and on Amazon. Click the images 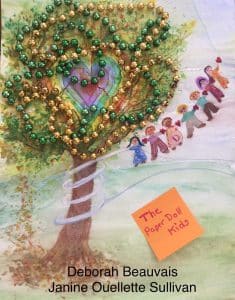 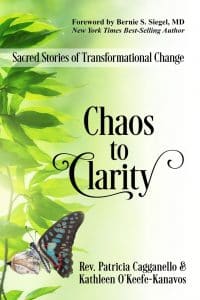 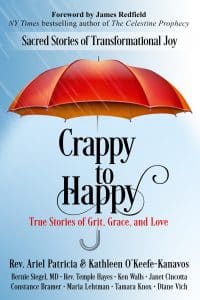 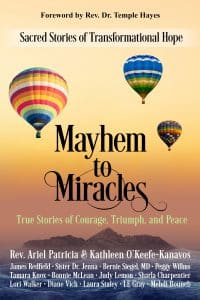 Monday: Deservingness: The Art of Getting More of What You Want with Tasha Chen

Thursday:  Tapping into the Power Within to Rise to Your Brilliance with Laura Gray

Friday:  LIVING: The 7 Blessings of Human Experience with Simran Singh 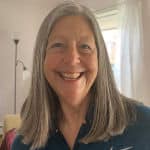 Empowering Ourselves & the World with Self Love with Mary McManus

Mary McManus, motivational speaker, critically acclaimed author and poet, 2009 Boston Marathon finisher, and polio and trauma survivor has a remarkable story of resilience, healing, hope and possibilities. She is celebrating 15 years of healing after the diagnosis of Post-Polio Syndrome, a progressive neuromuscular disease!

Mary contracted paralytic polio in one of the last polio epidemics in the United States. She endured years of abuse at the hands of family members from the age of 8 until 17 when her father ended his life. She managed to become High School Valedictorian and was elected to Alpha Sigma Nu, the Jesuit Honor Society when she received her MSW from Boston College.

At the age of 53 years old, her life came to a screeching halt. She was at the height of her award-winning career as a social worker at the Boston VA Outpatient Clinic having received awards from the Blinded Veterans Association, the Ex-POW’s, Employee of the Month and Social Worker of the Year. She was diagnosed with Post-Polio Syndrome, a progressive neuromuscular disease and was told to prepare to spend the rest of her life in a wheelchair. She was three years shy of being eligible for retirement.

Mary refused to take the diagnosis sitting down. Her pen became her divining rod for healing harnessing the power of the mind/body connection through poetry. She embarked on a journey that took her from taking a leap of faith, leaving behind her career as a VA social worker, to the finish line of the 2009 Boston Marathon, and many adventures as a woman transformed through the sport of running. Out of the rubble of her past, Mary dug deep to discover the treasure of who she was always meant to be. Her Spirit shines with brilliant resilience as she conquered every challenge going the distance on the roads and in her life. Mary speaks to the power of forgiveness, gratitude, love, hope and optimism when confronting life’s challenges.

Mary is the author of the critically acclaimed, “Hope is a Garden: Poems and Essays From the 2020 Pandemic”, “Into the Light: Emerging From the 2020 Pandemic,” “Feel the Heal: An Anthology of Poems to Heal Your Life,” and her Trilogy of Transformation that chronicles her health and wellness journey. Mary has shared her story on many podcasts and radio shows, including the award-winning Exceptional Women radio show. Mary was featured on Boston’s Channel 7 after her inspiring Boston Marathon run, is featured on the Heal Documentary website and in best-selling author Dr. David Hamilton’s book, “The Tenth Anniversary Edition of How Your Mind Can Heal Your Body.” She has shared her journey on Bernie Siegel, MD’s Mind/Health Matters Show and most recently was a guest on the Los Angeles Tribune Show, “All Things Rex Worldwide.”

Mary holds a BS in Communications from Boston University, an MSW from Boston College and many fond memories of her veterans and their families who blessed her life when she worked at the VA. 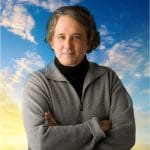 Andrew Harvey is an internationally acclaimed poet, novelist, translator, mystical scholar, and spiritual teacher. Harvey has published over 20 books including Son of Man and The Return of the Mother. Harvey is a Fellow of All Souls College Oxford from and has taught at Oxford University, Cornell University, The California Institute of Integral Studies, and the University of Creation Spirituality, as well as, various spiritual centers throughout the United States. He was the subject of the 1993 BBC film documentary The Making of a Modern Mystic and Founder of the Institute for Sacred Activism in Oak Park, Illinois.

Sacred Activism is a transforming force of compassion-in-action that is born of a fusion of deep spiritual knowledge, courage, love, and passion, with wise radical action in the world. The large-scale practice of Sacred Activism can become an essential force for preserving and healing the planet and its inhabitants.  www.andrewharvey.net 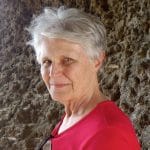 Carolyn Baker, Ph.D. is the author of Dark Gold: The Human Shadow And The Global Crisis; Love In The Age Of Ecological Apocalypse: The Relationships We Need To Thrive and Extinction Dialogs: How To Live With Death In Mind. Her previous books include Collapsing Consciously: Transformative Truths For Turbulent Times (2013); Navigating The Coming Chaos: A Handbook For Inner Transition (2011) and Sacred Demise: Walking The Spiritual Path Of Industrial Civilization’s Collapse (2009).

Carolyn Baker’s mission is to create islands of sanity in a sea of global chaos by developing of a variety of emotional tools alongside commitment to spiritual transformation. Through her multi-faceted work, Carolyn is touching the lives of thousands to assist them in preparing for the dire consequences of the collapse of industrial civilization and abrupt climate change.

For nearly a decade, Carolyn has published the Daily News Digest. This amazing, subscription-based newsletter contains key stories on economics, the environment, geopolitics, civil liberties, civil unrest, and cultural trends—and contains a unique Inspiration section which reports ways in which people around the world are responding to our planetary predicament. https://carolynbaker.net/ 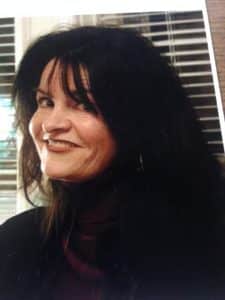 BIO: Deborah Beauvais is the Founder/Owner of Dreamvisions 7 Radio Network created in 2007 out of love with a vision to consciously serve humanity. She is an intuitive, healer and facilitator of Light as a Reconnective Healing™ and The Reconnection™ Practitioner trained by Dr. Eric Pearl. Deborah is the founder of Kids 4 Love Project, an enrichment program rooted in self-love. Through self-discovery, creativity and nature we heal each other. Kids 4 Love Project Radio Show celebrates kids as young as 6 yrs.old making a difference. Deborah is co author of “The Paper Doll Kids” with accompanying Song “Kids for Love” written with Janine Ouellette Sullivan.  The Paper Doll Kids children’s book leaves a legacy for the Beauvais family. Deborah’s three daughters, their late Father and all 8 grandchildren are weaved into the book! Deborah is also a contributing author for Chaos to Clarity Sacred Stories of Transformational Change, Crappy to Happy: Sacred Stories of Transformational Joy, and Mayhem to Miracles True Stories of Courage, Triumph and Peace with authors Rev. Patricia Cagganello and Kathleen O’Keefe-Kanavos. Since 2004, her syndicated radio show Love By Intuition has fostered empowerment, healing and unity consciousness.

To make Reconnective Healing™ and The Reconnection™ appointments, or for questions call #508-431-1959.  Deborah facilitates healings for Adults and Children.

“Love by Intuition, the brainchild of Deborah Beauvais, is a remarkable hour apart from a world held spellbound by ego’s definition of love. Though love plays out in so many scenarios, Deborah brings her listeners to an expanded awareness of relationships one interview at a time. Just finding a partner and sticking with them for a lifetime does not make a success of a relationship. Combining her unique counseling and insight with interviews from today’s leading luminaries and relationship specialists, listeners learn relationships are successful only if they provide both parties with a way to keep learning about themselves and the world around them; That all love begins with loving self before it can be reflected from without. Kudos to Beauvais for cracking open the inner heart of the soul!“

– Angelina Heart, author of The Teaching of Little Crow, the journey of the soul