Wednesday through Friday
12am & 12pmET

Dr.Bernie & Lionel share expert advice on topics around Health and Healing.  Their messages of hope, happiness and love are extended to all who seek a whole person approach for living life fully. Deborah Beauvais is honored to bring a feminine perspective to the show. Topics range from Bernie’s amazing journey of life to his books and favorite authors’ quotes, to God and everything in between. 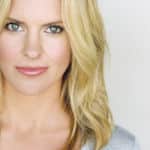 Kelly Noonan is the writer, director, and producer of HEAL, a documentary feature about the mind-body connection and our body’s innate ability to heal. A Los Angeles native, she grew up in front of the camera acting on and off in commercials, TV, and film from the age of 7. In 2012 she started Elevative Entertainment with the intention to create conscious media that informs, inspires, and empowers. She has a passion for psychology, wellness, and spirituality and an insatiable appetite for understanding consciousness. As such, she has spent the last 18 years studying the teachings of luminaries like Eckhart Tolle, Marianne Williamson, Ernest Holmes, Wayne Dyer, Michael Beckwith and many more. Her passion for optimal wellness intensified after reading The Biology of Belief by Bruce Lipton, PhD and learning that we are not victims of our genes like we have been led to believe. It was around that time in 2008 that she felt a strong calling to do a film about the power and possibility of the mind-body connection. 8 years and many hours of research later, HEAL was made. Her intention with the documentary is to empower people to take control of their health back and demonstrate that almost anything is possible if we believe it is so. Kelly is a seeker, a meditator, and enjoys traveling, sports, reading and writing. https://www.healdocumentary.com/ 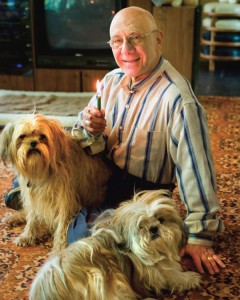 BIO: For many, Dr. Bernard Siegel—or Bernie, as he prefers to be called—needs no introduction. He has touched many lives all over the Planet. In 1978, he reached a national and then international audience when he began talking about patient empowerment and the choice to live fully and die in peace. As a physician who has cared for and counseled innumerable people whose mortality has been threatened by illness, Bernie embraces a philosophy of living and dying that stands at the forefront of the medical ethics and spiritual issues our Society grapples with today. In May 2011, Bernie was honored by the Watkins Review of London, England, as one of the Top 20 Spiritually Influential Living People on the Planet. He continues to break new ground in the field of healing, supporting changes in medical education to “humanize” medical practice.

Bernie was born in Brooklyn, NY, and attended Colgate University and Cornell University Medical College. He graduated with honors and holds membership in two scholastic honor societies, Phi Beta Kappa and Alpha Omega Alpha. He trained to become a surgeon at Yale New Haven Hospital, West Haven Veteran’s Hospital and the Children’s Hospital of Pittsburgh. In 1989, Bernie retired from Yale as an Assistant Clinical Professor of General and Pediatric Surgery to speak to patients, their families and caregivers.

In his latest book, his 12th, published in September 2011, entitled A BOOK OF MIRACLES—Inspiring True Stories of Healing, Gratitude, and Love, Bernie is described in the Foreword written by Deepak Chopra who tells us “Bernie Siegel began his writing career twenty-five years ago, and from the outset he didn’t shy away from miracles. http://berniesiegelmd.com/

Know that what is impenetrable to us really exists, manifesting itself as the highest
wisdom and the most radiant beauty.

A few years ago I traveled by ship, as part of a tour, to see the Alaskan wilderness.  During one of the day trips to view a glacier, a sudden snowstorm limited my visibility.  I became separated from my guide and the group.  When the squall ceased, I could see no one, and there was no response to my calls.

Alone on the cold barren mountainside I began to fear for my life.  Then I remembered what I tell everyone at workshops: “When you don’t know what to do, say a prayer.”  I prayed for God to save me, but nothing happened.

As it grew dark I began to give up hope until I saw someone approaching.  I waved and attracted his attention.  It was an Eskimo returning from a seal hunt.  He tucked me into his sled and brought me back to civilization and my group.  I felt God had deserted me until I realized who had sent the Eskimo.

You never know how God will answer your prayers. Have faith; the answer may even come in the form of an Eskimo.