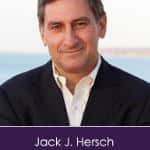 Death March Escape is a tale of survival of body and spirit in a time of the Holocaust not that long ago, during the Second World War when insanity and terror ruled the world and death was everywhere. Jack tells the story of his father David Hersch remarkable man who twice escaped death by the Nazis at the end of World War 11 due to an incredible confluence of luck fate faith and will to survive that made him unique. Jack Hersch shares a truly remarkable journey of his father who not once but twice survived death as a teenager being taken from his hometown of Dej Hungary to Mauthhausen Concentration camp, the harshest cruelest camp in the German Reich. After his father’s death a photograph of his father surfaced on the Mauthhausen website and sent Jack on a journey back in time to learn of secrets his father had never shared with him.
https://deathmarchescape.com
http://www.amazon.com