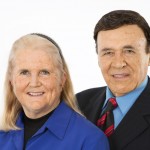 Description: For 17 years, Victor Zammit, a prominent attorney, and Wendy Zammit, his psychologist wife have devoted themselves to studying the afterlife. Their research has proven, beyond a doubt, that the afterlife is real. Tune in for a fascinating discussion with Wendy and Victor about their latest book, A Lawyer Presents the Evidence for the Afterlife.

Victor and Wendy Zammit became interested in the afterlife in 1990 when Victor began having psychic and mediumistic experiences. Using their combined skills in research, scientific method and Victor’s skills in examining witnesses and evidence, they began an intensive study which took them all over the world

As part of their investigation Victor and Wendy conducted a seven year investigation of a physical medium, David Thompson. They claim to have been present at more than 200 materialization sessions and witnessed more than 100 reunions between people who had died and their living loved ones. Both Wendy and Victor experienced a reunion with a close relative.

They are so absolutely convinced of the existence of the afterlife that for the last 16 years they have offered $1,000,000 to anyone who can rebut the existing evidence for it.

Victor James Zammit, B.A (Psych) M.A. (History) LL.B, Ph.D., is a retired attorney of the Supreme Court of the New South Wales and the High Court of Australia. In his work as a lawyer, Victor became a ‘professional skeptic’ since he was never in a position to believe anyone unless there was evidence to support their claims.

Wendy Zammit B.A. (Psych) Syd. Univ., M.A. (UNSW), Dip Ed. (Syd. Univ.) is Victor’s long time partner in afterlife research and in life. Wendy worked for a number of years as a professional psychologist  / counselor before transferring to adult education. She now works full time with Victor promoting the evidence for the afterlife.

For the last 17 years they have produced free of charge their Friday Afterlife Report which contains the latest news, research, videos and interviews on afterlife and psychic matters. It is eagerly awaited by subscribers in more than 70 countries.

This Month: Book of the Month: The Outrageous Guide to Being Fully Alive: Defeat Your Inner Trolls and Reclaim Your Sense of Humor, author Jack Elias and Ceci Miller