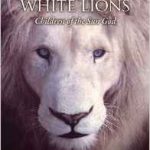 ANNOUNCING THE WINNERS OF THE ONE UNITED ROAR TALENT CHALLENGE! These are the children who have won a trip to South Africa to help save the White Lions. Congratulations…

This week’s lively One United Roar radio show takes place against the backdrop of the Global March for Elephants, Rhinos and Lions which took place in more than 140 cities worldwide. It was a rolling action designed to draw attention to endangered species worldwide, and in Johannesburg more than 1500 people marched to the doors of the Sandton Convention Centre on Saturday 24 September, just as the CITES decision makers arrived for the opening ceremony. Dreamvisions7Radio was at the march, along with One United Roar and hundreds of other supporters who shared the common purpose – protection of our wildlife and an end to trade in endangered species and canned hunting. Although the subject was deadly serious, the mood was festive. We hope you will share in the spirit of collaboration and unity as One United Roar brings you on the spot messages from Linda Tucker and other marchers.

In the second half of this week’s One United Roar, we chat to Professor Doctor Harry Wels of the Vrye Universiteit in Amsterdam. Prof Wels opens up an entirely new conversation as he discusses his latest research into the emerging concept of the Zoopolis. You’ll have to listen to this fascinating conversation to find out what that is, and what it has to do with the White Lions of the Timbavati! www.oneunitedroar.org