Planetary Spirit explores spirituality through in-depth interviews with today?s thought leaders. These are spiritual, not religious, conversations to move you beyond the confines of five sense reality. Planetary Spirit’s main focus is for guests to share spiritual journeys and personal experiences that brought them new awareness for being in the world. Are you ready to catch a glimpse of new worlds of wonder and infinite possibilities lying just outside your reach? Come join a journey to feed your soul, excite your mind, and be that person, you came here to be.

Linda Salvin was not born with psychic gifts. A series of devastating accidents transformed her life. A successful public health official, Linda survived a commercial airliner crash in 1981 while on company business.   As she slid down the emergency ramp, she experienced an out-of-body experience as well as hearing a loud voice speak to her which she had never heard before.  Her life changed forever February 17, 1981.  This was the beginning of her transformation from her scientific background to her psychic and spiritual evolution. A year later, her car was struck by a fire truck in 1982, causing another out-of-body experience as well as physical injury.   And, a traumatic auto accident brought her to the brink with the white-light experience in 1984.  While not understanding what was happening, Linda continued to advance psychically.  A major surgery in 1991, proved to be another life-altering experience.  It was during her own healing period she discovered she had been given healing abilities to help other people. With each of these experiences, her spiritual connection to the Universe, her psychic and now healing gifts evolved. 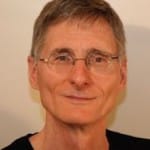 BIO: Jeff Ferrannini is the creator, producer, and host of the internet radio program, Planetary Spirit, since March of 2006. June 2010 Jeff was broadcasting Planetary Spirit “Live” from the ETIN (Emerson Talk & Information Network) studio at Emerson College, located in downtown Boston, MA. In November of 2012, Planetary Spirit began an affiliation with syndicated  Dreamvisions 7 Radio Network in the Boston area.

In 2007 Jeff was ordained as an interfaith minister having completed a two year ministerial program. Jeff feels his work with Planetary Spirit is his ministry. I believe Planetary Spirit offers people an opportunity to sample new spiritual perspectives and connect to a deeper part of life. Jeff is a poet, having written 400+ poems in the last 15 years, mainly spiritual in nature. He self published two books of poems. His second book Star Songs was recorded on CD and contains 31 poems.

Jeff has written several feature articles on various aspects of spirituality for 11:11 Magazine and Body & Brain Magazine. Jeff is a council member of an interfaith organization, Council for Spiritual Connection. The Council plans and produces annual events. Each event showcases musical or spoken presentations celebrating diversity and interconnectedness through sharing spiritual traditions.

From an early age Jeff has been on a quest to find a house of worship that welcomes all faiths traditions and spiritual perspectives equally. This was and continues to be the driving force behind his work with Planetary Spirit. He believes his in-depth interviews/conversations offer listeners new ways to explore paths towards becoming fully awakened conscious human beings. It is his sincerest desire that his Planetary Spirit interviews help raise the spiritual consciousness of our entire planet.