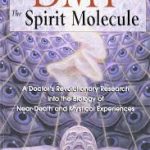 04-12-16   Dr Lana and Det David Love are excited to have international best-selling author and master remote viewer (psychic spy) Joseph McMoneagle on our talk show.  Joseph will be discussing his experience with astral travel, out-of-body experiences, remote viewing, and the spirit world.  Joseph is best known for his role in a psychic spy research program conducted by the US Army Intelligence and the Stanford Research Institute during the 80s and 90s known as the Stargate Project.

He is currently a full time Research Associate with the Laboratories for Fundamental Research, Cognitive Sciences Laboratory, Palo Alto, California, where he has provided consulting support to research and development in remote viewing for 14 years. As a consultant to both SRI-International and Science Applications International Corporation, Inc., (1984–1995), he’s participated in protocol design, statistical information collection, R&D evaluations, as well as hundreds of remote viewing trials in support of experimental research and active intelligence operations for what is now known as Project STARGATE. He is well versed with developmental theory, methods of application, and current training technologies for remote viewing, as currently applied under strict laboratory controls and oversight.

With a career spanning 34 years, Mr. McMoneagle has provided professional support to the Central Intelligence Agency, Defense Intelligence Agency, National Security Agency, Drug Enforcement Agency, Secret Service, Federal Bureau of Investigation, United States Customs, the National Security Council, and most major command within the Department of Defense. Twenty of those years have been within paranormal operations, as viewer No. 001 (372).

McMoneagle has also been responsible for a Military Occupational Specialty at Army Headquarters level, to include control and management of both the manned and unmanned sites, within the Continental United States as well as overseas. He was responsible for all tactical and strategic equipment, including aircraft and vehicles, development of new and current technology, planning, support and maintenance, funding, training, and personnel. He has performed responsibly in international and inter-service negotiations and agreements in support of six national level intelligence agencies. And he has acted as a direct consultant to the Commanding General, United States Army Intelligence and Security Command (INSCOM), Washington D.C., as well as the Army Chief of Staff for Intelligence (ACSI), Pentagon.

Other employment has included, Assistant to the Security Officer for a multi-billion dollar overseas intelligence facility, with responsibilities that included physical plant communications, personnel, and technology security; as well as counter-terrorist, counter-intelligence operations. He has served as the Detachment Commander at two remote intelligence-collection sites overseas, providing field intelligence collection, analysis and reporting at theater, region, country, and city levels. He has also served on an Air and Sea Rescue team, in long range reconnaissance, as a quick reaction strike force team leader, and rifleman. He has earned 28 military decorations and numerous awards, to include a Legion of Merit for support to the Nations Intelligence Community.

Joseph McMoneagle is currently a full member of The Parapsychological Association.