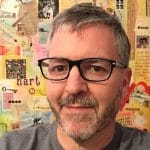 09-13-16   Detective David and Dr Lana Love talk to Hollywood film producer, blogger, and Channeler Mathew Hart about the role of the “Guardians of Light” and their mission to support the collective spiritual evolution of humanity.

Guest Occupation:
Line Producer, Hollywood Producer, and Channeler for the “The Guardian Alliance”

Hi. My name is Mathew. I’m a sensitive, a channeler, and a Hollywood film producer. Welcome to my blog, The Life Intended, where I share my channeled messages and personal experiences regarding all things spirit and healing.

My Shocking Introduction to the World of Spirit

Back in the early ’80’s, I entered adulthood with absolutely no interest in spirituality or religion, enamored with science, and quite skeptical about anything that couldn’t be proven. But between the ages of 21 and 23, everything changed when three incredible spirit encounters occurred within a two year period that radically altered my perspective of the unseen world.

In the first incident, an experiment with automatic writing led to an undeniable encounter with a ghost.

In the second incident, a surprising emotional breakdown oddly progressed into a high fever and a fight for my life with a spirit being I later came to think of as The Grim Reaper. In the third incident, I was blessed to have the most miraculous encounter with a beautiful spirit being whom I innately recognized as Jesus.

Perhaps this all sounds a little incredible? Now, just imagine the reactions I would have received 30 years ago (before the days of personal computers and the internet) if I had openly talked about them. That said, after my encounter with Jesus, I decided to keep quiet. For one thing, I knew my experiences and explanations weren’t likely to be well-received by the majority of the people I knew. But, more importantly, given that I was in the early stages of a career in the film industry, the last thing I wanted was to be unfairly judged as mentally unstable. Consequently, I did what I thought was prudent at the time — I kept all three encounters to myself!

A Painfully Long Dark Night of The Soul

As the years rolled by, however, I became more and more confused as the spiritual side of my life took a back seat while I made advancements in my career, got married, and started a family. For the most part, this was because throughout those years, I was never able to shake this nagging feeling that there was something I was supposed to do with the message that Jesus had shared with me. But what? Unbeknownst to me, I didn’t fully understand the message, nor did I realize that I was hindered by mental and emotional wounding from childhood. (Unfortunately, it would take years before I made those discoveries.) In the meantime, as much I tried to forget the visitation from Jesus and get on with my life, I just couldn’t. As a consequence, my confusion gradually developed into chronic depression, as well as periodic episodes of anger and frustration… http://TheLifeIntended.com