Artists Dr. Steve Koc & Sara Wiseman Bio: Martyrs of Sound started out as a street band in Salem, Oregon, back in 2005. The band’s first shows were an eclectic mix of drumming and percussion, with interludes of Steve’s 12-string guitar and an array of organic instrumentation: world percussion, cymbals, the gong. Guest performers (aka our friends!) showed up from around the globe, returning for a session from wherever they’d been: Norway, Africa, Brazil.

For the past 37 years, Dr. Steve studied deep into the essence of meditation, mantra and sound therapy. In 2006, he moved from the percussive mode, and began to focus exclusively on healing soundscapes. He spent a year working with tone, tempo and vibration, and in 2007, headed into the studio to record our first album, Mantra Chill. By this time, Martyrs of Sound was still without a vocalist…until during one instrumental session, Sara went into the sound booth to sing a scratch track… and the unique, ethereal voice of Martyrs of Sound emerged. The band was completed by the legendary talents of Jason Carter, drummer and co-producer, Silver Sorensen, bassist, and the many special guests who have added to the mix. http://www.martyrsofsound.com 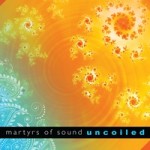 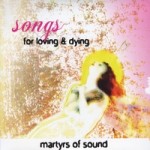 CD Songs For Loving & Dying-A spiritual twist to Tantra Indie Rock, from uplifting love and endless longing to dark simplicity and heart-felt sweetness, these songs touch the core of passion felt by those who live the spiritual path of loving and dying. 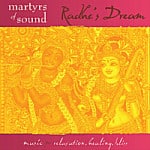