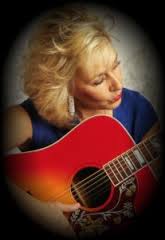 Debara Bruhn Towt shares her musical sojourn into healing. Debara affirms “Each person has a song with a melody with unique sounds and words. It is not a song like any one else; it is a profound tapestry woven through the universe. I love to listen to the songs that come forth from each soul, for I am always blessed & transformed by the grace that attends us. Yes, we are all connected”.

Intuitive, Mother of Angels, Debara Bruhn Towt shares her experiences of life as a mother who has lost her father to down wind radio active fallout here in southern Utah, lost her brother to HIV related immune disorders, lost her second daughter to a rare birth defect that put her into an eight year coma, lost her oldest daughter to a single car roll over accident and her mother crossing over from co-genital heart failure. Life has presented its’ challenges to Debara and through it all one thing remains clear…death is an illusion. http://callinallangels.com/

What is your musical specialty?

When did you begin making music? Who introduced you?

My Father and Brother … I began to write and sing about 4 years of age… Family… My own hearing of sound….

Do you work alone or with a group? If in a group, whom are the others you have worked with?

You can catch Song’s of Debara on Dreamvisions 7 Radio Network … iTunes & TuneIn on Divine Sunday’s Music airing in over 135 Countries.

Please mention any awards or other acknowledgments

UK NME AWARDS…. Thank you for your Nomination for Remember Me … http://www.nme.com/nme-video/youtube/id/T0TN5nmtbxo

Crystal Butterflies fly in the Sumer of your Dreams: https://www.youtube.com/watch?v=Tw9wceIuqWQ