The Boy Crisis: Why Our Boys Are Struggling and What We Can Do About It, with Warren Farrell 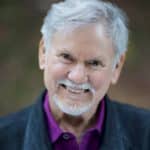 12-18-18  The Boy Crisis: Why Our Boys Are Struggling and What We Can Do About It, with Warren Farrell

What is the boy crisis?

It’s a crisis of education. Worldwide, boys are 50 percent less likely than girls to meet basic proficiency in reading, math, and science.

It’s a crisis of mental health. ADHD is on the rise. And as boys become young men, their suicide rates go from equal to girls to six times that of young women.

It’s a crisis of fathering. Boys are growing up with less-involved fathers and are more likely to drop out of school, drink, do drugs, become delinquent, and end up in prison.

It’s a crisis of purpose. Boys’ old sense of purpose—being a warrior, a leader, or a sole breadwinner—are fading. Many bright boys are experiencing a “purpose void,” feeling alienated, withdrawn, and addicted to immediate gratification.

So, what is The Boy Crisis? A comprehensive blueprint for what parents, teachers, and policymakers can do to help our sons become happier, healthier men, and fathers and leaders worthy of our respect.

Warren Farrell, PhD, trains couples and psychologists worldwide in the “art and discipline of love.” He is coauthor, with John Gray, of The Boy Crisis (2018) and the author of two international bestsellers, Why Men Are the Way They Are and Women Can’t Hear What Men Don’t Say. His books are published in more than 50 countries and in 17 languages.

Dr. Farrell is currently the Chair of the Commission to Create a White House Council on Boys to Men, and is co-authoring Boys to Men with John Gray (Mars/Venus).

He has appeared on more than 1,000 TV and radio shows, including interviews with Oprah Winfrey, Larry King, Katie Couric, Peter Jennings, and Barbara Walters. Farrell serves as chair of the Coalition to Create a White House Council on Boys and Men.  www.warrenfarrell.com & www.boycrisis.org