Spontaneous Violence and The Hero Project, A Conversation with Dr. Phil Zimbardo 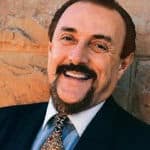 03-15-19 Spontaneous Violence and The Hero Project, A Conversation with Dr. Phil Zimbardo

Dr. Zimbardo became world famous as a result of his startling “Stanford Prison Experiment,” in which he randomly assigned psychologically normal college students to play the role of either prisoners or guards. Within a few days the two groups became more and more violent with each other – so much so that it became necessary to stop the experiment in 6 days instead of the planned 14 days.

In this intriguing conversation we review the startling details of this study. Zimbardo has conducted research for some years on deindividuation, vandalism and dehumanization that illustrated the ease with which ordinary people can be led to engage in anti-social acts by putting them in situations where they felt anonymous, or they could perceive of others in ways that made them less than human, as enemies or objects. In a world where polarization, conflict, and violence are becoming more dangerous it is crucial that we understand certain truths about ourselves.

We are incompletely evolved mammals, and along with our appendix and coccyx we have a vestigial bias towards negativity and violence. What to do? Dr. Zimbardo describes his “Heroic Imagination” Project, which has the goal of training people how to be “heros” around the globe.

The HIP education programs prepare heroes in training for everyday heroic action. This is achieved by educating participants directly about their own psychology and teaching how they can master social and situational forces as well as their automatic human tendencies in order to act in ways that are kind, prosocial, and even heroic.

You will also hear a portion of Dr. Miller’s program, Awakening The Leader Within.
Find Dr. Miller here: www.drmiller.com