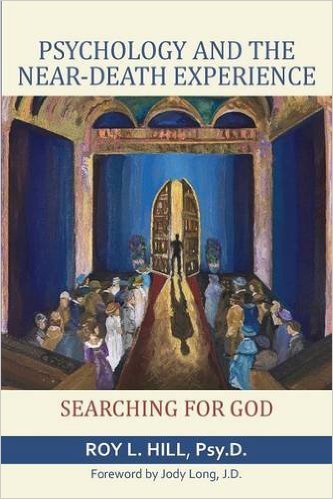 Near-death experiences tantalize the public’s interest in what lies beyond the final human breath. Answers have been streaming by the thousands during the last few decades from people who have had them. However, grand designs can only be splendidly revealed by connecting thousands of NDE accounts like a jigsaw puzzle. In his groundbreaking book, “Psychology and the Near-Death Experience,” Roy L. Hill roughly sketches God’s canvas by integrating hundreds of NDE testimonies within the context of human psychology. As an inquisitive psychologist with strong spiritual roots, Roy’s book uniquely mixes academic curiosity with a deep reverence for the sacred. The reader can expect exposure to profound spiritual insights throughout the book. Systems of meaning will be challenged, new purpose will be defined, and the nature of self will be primed for discovery. In this manner, “Psychology and the Near-Death Experience” may aid the spiritual explorer in their search for God.

Roy L. Hill obtained his bachelor’s degree in psychology at the University of Arizona and his doctorate degree in clinical psychology at Nova Southeastern University. He has worked as a psychologist in corrections, both as a clinician and supervisor, for over 19 years. Following several life changing experiences, Roy delved into the topic of Near Death Experiences. A book followed his immersion, Psychology and the Near Death Experience: Searching For God, published by White Crow Books. As his mission and passion, Roy looks forward to writing more on various near death experience subjects. Roy lives in Colorado with his wife and son.  http://www.neardeathexppsy.com/ 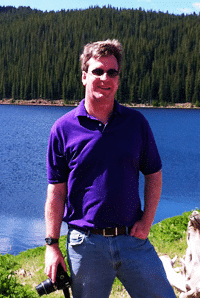 WHAT COMPELLED ROY TO WRITE A BOOK ABOUT NEAR DEATH EXPERIENCES?

I have worked as a clinical psychologist for twenty years in several prisons.  One day, about twelve years ago, I learned that an inmate’s sister had died as a result of an automobile accident.  I placed the on suicide watch after he endorsed voices telling him to kill himself.  On the second day, the inmate stated that his depression and suicidal ideation had disappeared.  The inmate stated that his deceased sister was freely talking to him.  Specifically, the sister informed him that she now existed in a better place and that he should not be grieving for her on suicide watch but living with purpose.  Normally, I would be cautious.  However, I also knew that auditory hallucinations, especially from depressed patients, are cryptic and negative.  I had yet to meet any psychotic person who experienced comforting or helpful voices.  I made the call to take the inmate off suicide watch on the condition that I would see him early the next morning.

The next morning, I asked the inmate if his deceased sister was still talking to him.  He answered, “Yes.  She is telling me that you do not believe me.  And so that you shall believe, she has a message for you.”

With some trepidation, I gingerly asked, “What is her message?”

He answered, “Quarter, the coin.”

The inmate left.   About fifteen minutes later another inmate came to see me on a scheduled appointment.   Ranting about the hypocrisy of the United States government, he offered this challenge, “Do you know what is written on a quarter?!”

I immediately answered without thinking, “In God We Trust”.

The inmate pointed a finger at me and said with authority, “That’s right!”

I immediately felt blood rush down from my head.  The temporal occurrence of the “quarter” revelation could not be a coincidence – no one had asked me that question before.  The next day I talked to the first inmate and asked him whether his sister revealed more information.  He said, “Yes.  She said that your wife is pregnant, you will have a son, and he will be born on Christmas day.”   Indeed, the first points I knew were true.   But would my son be born on Christmas day?  Christmas day came and went without a birth; my son was born on January 7th.  For the next eleven years I was troubled at this inconsistency.   Then it came to me that my faith was being tested.   So, on a leap of faith, I decided to have enough faith to Google Christmas and January 7th.

Amazingly, a number of “hits” came up on the search engine.   It turns out that much of Christendom today uses the old Roman Julian calendar.   That wasn’t always so.   There was a time when the Christendom used the Gregorian calendar, otherwise known as the Christian calendar.   In fact, over a half billion Orthodox members still celebrate Christmas on January 7th to this very day.   From that point forward, I realized that there was a spiritual reality far beyond my Baptist upbringing.   In response, I began to voraciously study near death experiences.  Pieces began to fit together like pieces to a jigsaw puzzle.  This study culminated in my book, Psychology and the Near Death Experience.  http://www.neardeathexppsy.com/

Authors, To Learn How Your Books Can Be Promoted CLICK HERE