Inspiring Conversation and of Course, a lot of Laughter with Comedien Greg Aidala and American Idol’s Madison VanDenburg 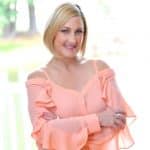 08-01-19 Inspiring Conversation and of Course, a lot of Laughter with Comedien Greg Aidala and American Idol’s Madison VanDenburg 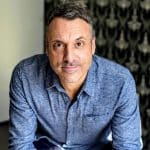 Greg Aidala is an award-winning comedian /actor based in New York. He has performed from New York City to Los Angeles with such comedians as Jerry Seinfeld, Dave Attell, Colin Quinn, Nick DiPaolo, Kathleen Madigan, Charlie Murphy, Bo Burnham, Jackie ‘The Joke Man’ Martling, Pete Holmes and Owen Benjamin. In 2005, he formed his own entertainment company, radial gage entertainment. In 2014, he was inducted into the esteemed Friars Club in New York City.

Greg produces and hosts The Brew Ha-Ha Comedy Showcase – an award-winning professional touring showcase that has been featured all throughout the Northeast and New York City. Launched in 2006, the showcase consists of performers who have been seen on national television anywhere from The Tonight Show Starring Jimmy Fallon, The Late Show with Stephen Colbert, The Late Late Show with James Corden, Conan, Late Night with Seth Meyers, Jimmy Kimmel Live!, NBC’s Last Comic Standing, America’s Got Talent, Comedy Central, HBO, MTV and VH1. LAUGHSPIN magazine has recognized The Brew Ha-Ha Comedy Showcase as one of the longest continually run showcases in the United States.

Greg can be seen in the new movie Off The Rails airing now on the Lifetime Movie Network, and he has also been featured in AT&T International campaigns, and numerous television commercials. You can also see him in films and the popular Amazon Prime web series ‘Welcome Home’ and as a recurring guest on The New York City Crime Report in New York City.

Greg is active in many non-profits including the American Cancer Society, the Leukemia Lymphoma Society and he is on the Board of Directors for Get Your Rack Back Inc.

Greg is one of the most kind-hearted people I know and he brings humor to every situation. Join us for an inspiring conversation and of course, a lot of laughter. 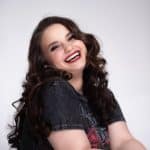 Madison VanDenburg is a 17 year old singer/song-writer from Upstate New York. The highlight of her career occurred in March of 2019 when her audition for American Idol went viral on the internet and rendered Lionel Richie “speechless”. Madison’s rendition of “Speechless” by Dan and Shay shocked the judges and the world. Katy Perry compared her to Kelly Clarkson, and claimed she could be the winner of the season. Luke Bryan showed his goosebumps over Madison’s voice during her audition. Even Dan and Shay tweeted that Madison is “a star”.

Since returning from her third place finish on American Idol, the teen has hit the ground running when she came back home and shows no signs of slowing down. She won the American Idol Encore competition, and traveled to NYC to sing on the Live with Kelly and Ryan show. Kelly Ripa claimed that Madison “sounds even better in person” after listening to her cover of “Fallin” by Alicia Keys. Not only has Madison performed on national television, Madison has sung at many well-known venues. These include the Times Union Center in Albany, The Saratoga Performing Arts Center in Upstate New York, and the Orpheum Theater in NYC. The teen has performed in front of millions watching from home and thousands in an arena in her hometown. She has performed with Dan and Shay, Pat Benatar and Neil Giraldo, and was coached by Adam Lambert, who called Madison “a force”.

Madison started writing songs from a young age, and her first single, “Need A Little Heartbreak” is released on all major streaming platforms. Currently, she is recording a new single that is scheduled to be released in August, and has many more songs ready to be sent to the studio.

Lastly, Madison plays a mix of covers and original songs during her live shows. She loves performing on stage and knows how to command one. She is looking forward to playing venues across the nation, and is excited to share her gifts with her fans.

Listen in as Madison shares her inspiring story, experiences on American Idol and what’s next for the young star.

This Month: Book of the Month: The HOW to Inner Peace: A Guide to a New Way of Living, author Constance Kellough