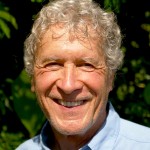 What is an “Economic Hit Man” and what difference have they made in our lives? John Perkins talks with Cynthia Sue Larson about how he and others worked as Economic Hit Men to cheat countries out of trillions of dollars while spreading the structure and value of “death economy” greed-based values. Perkins provides insights as to how the deadly EHM cancer he and others helped create has recently spread more widely around the world and here in the United States to become the dominant system of business, government, and society today–and what we each can do to make a positive difference.

John Perkins is author of several books, including “The World is As You Dream It” and “The New Confessions of an Economic Hit Man.” Perkins was formerly Chief Economist at a major international consulting firm where he advised the World Bank, United Nations, the IMF, US Treasury Department, Fortune 500 corporations and governments in Africa, Asia, Latin America and the Middle East. His books have sold more than 1 million copies, with 9 New York Times Bestsellers. John is founder of Dream Change and The Pachamama Alliance nonprofits devoted to establishing a world our children will want to inherit.    www.johnperkins.org