What’s Love Got to Do With It? with Kip Baldwin 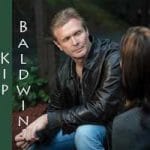 Join me for an intimate conversation with prominent film producer and  founder of the Just LOVE movement, which, in Kip’s words is about, “Freeing ourselves from being perpetually afraid. This is not to say that we will no longer fear, as fear has it place in the experience, it is useful tool and should be experienced as just that, a useful tool, not the foundation for our individual being or the collective we are now describing as human ‘civilization.’

The Just LOVE Movement is about having the ideal experience of LOVE we seek and is within the power of our choice to have. This means embracing the abundance that life is, over the scarcity we manifest, cherishing the treasure of peace with one another, more than we relish the profits of war where we sacrifice on its fields, as if on blood alters, the precious lives of our young sons and daughters and lastly, but most importantly holding as sacred all other life on Earth that is in our care, rather than squandering and hoarding it, as if it were created for us alone – embracing our innate oneness and eternal connection to all that is.

So in summation; whether you believe the power of LOVE or not the Just LOVE Movement, is about overcoming our irrational and illogical fear of
the unknown, so that we may bring to end our survival in tortured misery and begin living again in the happiness of our bliss, whose source is
every new moment of life.”

Bio: Kip Baldwin is a pioneer in expressing the depth of truths through his many projects and using media to awaken society to the new paradigm Kip Baldwin brings over 25 years of entertainment industry experience in a wide variety of disciplines such as, musician, artist management, artist relations, pr, entertainment journalist, special effects and broadcast graphics producer, actor, writer and producer. Mr. Baldwin is also the a founding partner in Aislng Visions Inc. an Idea Fulfillment Group, specializing in sales, marketing and product development.

Currently, Mr. Baldwin has been or is the producer and or creator of the following projects; Loophole, Restorations Unlimited, Breaking Bud, Hempster’s an American Revolution, The Road To Fenderville, One Hundred Things, Cold Pressed and Love Floats. Mr. Baldwin also co-created the reality series WEED COUNTRY in cooperation with Studio Lambert and The Discovery Channel, which aired Wednesdays on The Discovery Channel. Its premiere episode drew over 1.1 million viewers and has seen a steady rise in viewership with each new episode and is currently in discussions for a spin off series.

WEED COUNTRY was also named to the Hollywood Reporters Top 25 heat list. The show’s success further demonstrates Mr. Baldwin’s solid instincts for being ahead the curve when deciding which projects he will devote his time to, as Mr. Baldwin believes in setting the trends, not following them.