What if Mental Illness was really a Spiritual Awakening? 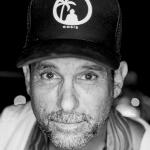 08-07-19 What if Mental Illness was really a Spiritual Awakening?

Joey Nittolo and his family questioned his sanity when he suddenly began hearing voices in the middle of his shower; Little did they know, something powerful was about to change their lives forever!”

What would your family think if you suddenly had a lightning bolt of energy explode throughout your body and then you started reporting hearing voices and feeling people in the room? All this after having built a highly successful business and life, and now you are driven to leave everything behind?

Crazy, right? Maybe time for a stay in a hospital?

Nittolo was not your average spiritual seeker, looking for a path to enlightenment. He was a hardscrabble kid, raised on the streets of Hollywood in the 1970’s by his mother and father who was a PIMP and a heroin addict. He pursued and achieved financial success. Joey leveraged the intuition he gained from the streets and began a successful career spanning real estate and film production. He produced several motion pictures, including writing the original story of A Man Apart, starring Vin Deisel and Larenz Tate. He also produced Pool Hall Junkies, starring Christopher Walkin and Chazz Palminteri.

The peace, acceptance and stability he experienced came, not from his origins, but from the surfing community which he entered as a youth, and from the family he started at the age of 25.

So Joey was riding the tide of his success, until one day in 2017, while in the shower, he had what he now knows to be “a Kundalini Awakening.” A sudden burst of energy which heightened his frequency, making him open to hearing and perceiving what others could not—everything that is in “The Space Between,” where there is the consciousness that connects all beings.

At first, this was terrifying, and completely baffling to his family and friends, who were all thinking that he was crazy. Under urgings by his then-wife and doctors, he saw psychiatrists who tried to medicate him. Eventually, he was institutionalized at UCLA Mental Health. It was a year-long journey through the medical system which was so completely unprepared to deal with someone whose experiences were energy-based–a totally foreign concept. The only way they could process Joey’s perceptions was to label him mentally ill and diagnose him as mentally unstable.

But he knew there was much more to it…and through the discovery of Kundalini Yoga, he began to realize these were not phantoms; they were real voices and real beings providing information and awareness. Meditation and yoga allowed him to channel this intense energy running through him, opening doors so he could hear the Ascended Masters speaking to him.

This whet his appetite to know more about what was happening to him. One of consequences of this transformation was that he now cared more for humanity than he did for money, something that mystified his spouse. He offered her everything he owned as an inducement for her to explore the same incredible life that he was experiencing, but this only convinced her further he had taken leave of his senses.

So again, to the consternation of his family, he was compelled to simply leave his life and business behind to travel to India and study. And while there, he conceived a powerful podcast with the mission of helping others to discover this remarkable “Space Between”— “a space that if we tune in, we all can access,” says Joey. The Space Between, which launched mid-year, provides an opportunity for listeners and participants to celebrate and share “an Experience in Awareness” – while merging Pop Culture and Spirituality.

The Space Between features interviews with celebrities, authors and individuals who have experienced an opening of consciousness—and some like himself—who were at first thrown by the experience, and considered “unbalanced”—until they discovered the truth. The show, hosted by Joey with a rotating list of co-hosts, further explores the frontiers of spirituality in film, art and pop culture.

But Nittolo is reaching to impact people not just through cyberspace, but in sacred spaces. He’s staging The Space Between Music Festival in September 2020 at the Hatshepsut Temple in Luxor, Egypt. It will be the first of many concerts (to include festivals in Bali and India) to honor sacred sites around the world. These will also help fund programs that support sustainable oceans, and the creation of a line of holistic, healthy products for low- income families who can’t afford the kind of products available at high-end grocers.

Today, Joey’s mission continues to be serving humanity. But more than that — to help others who may think that they are losing their mind when they are simply awakening. Or that are suffering and not understanding why.

“This happened to me, a normal everyday guy,” says Joey. “Just imagine how many others there might be out there, given the huge suicide rate of men over 40 who are suffering from spiritual depression. The medical industry is not equipped to deal with this epidemic. Someone has to speak to and for those people who will find new answers in awakening consciousness.”

Joey Nittolo’s The Space Between Podcast is a beacon to those who are ready to explore and embrace a new awareness. Visit www.spacebetween.com to get tuned in!

Dreamvisions 7 Radio Network Listeners receive Lora’s downloadable meditation, Finding Your Passion & Purpose, which is specifically designed to target the subconscious portion of the brain, to create fast, effective and fun changes, FREE, simply for being listeners! Click Here to Download.

Remember, Dreamvisions 7 Listeners receive a complimentary 30 minute Life Choreography session with Lora Cheadle to find out how they can utilize the five steps of FLAUNT! to Build their Dreams and Live their Sparkle! Could you be ready to live your best life today? Calls take place via Zoom and can be scheduled here: https://calendly.com/loras-schedule Grab your Dreamvisions7 discount today!
lora@loracheadle.com or 303-994-4945