The Life of a Mystic Woman 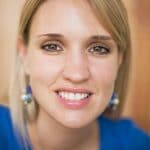 Bio: Lisa Cairns lives her life ‘in love’. For the past six years, Lisa has been traveling the world, giving talks and retreats in over 20 countries on the subject of Non-Duality, Oneness.

At an early age, Lisa became interested in Non-Duality when after reading about it, she realized that she had already been experiencing much of what they spoke about. The message of Non-Duality never quite left her alone and she soon came to be known as a “seeker”.

There were many teachers and teachings along the way. Her search began in Buddhism where she was involved in many different practices and much meditation. She went on to explore workshops and therapies that taught her about the body-mind, such as: Reiki, Shiatsu, Cognitive Therapy and Chinese Medicine. Throughout the span of her seeking years, Lisa spent time with some wonderful, well known Non-Dual teachers; among them being: Eckhart Tolle, Tony Parsons, Ramesh Balsekar, Nathan Gill, Roger Castillo, Gangaji and Cesar Teruel.
It was at a restaurant in Bali, while eating banana fritters, that Lisa had a profound awakening experience. It became extremely clear that who Lisa truly was had never been a limited person, but a love that is boundless, never ending and not contained in one thing, yet is all things.

Upon return from Bali, at home in Australia, she received news that a good friend had taken seriously ill. While helping him and his partner with his care, she began to speak with him about the love that he is, about Non-Duality. It was through his encouragement and after his death that she began to speak publicly about the subject.

When asked what it is that she teaches, her reply is always the same, “Love,” to which she adds, “total freedom”. On serious matters such as ending world crisis, she remarks in her most happy and joyous way, “I see Non-Duality as a form of political activism in that the only way to change society is to change people”.