The Five Gifts for Healing After a Sudden Loss 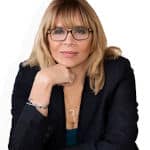 In these turbulent times, who among us is not looking for keys to stay calm in the midst of chaos.  Dr. Laurie Nadel is a trauma specialist who has worked with teenagers whose fathers were killed in the World Trade Center, hurricane survivors, crime victims, and the Parkland community.  Her new book “The Five Gifts: Discovering Hope, Healing and Strength When Disaster Strikes” explores how humility, patience, empathy, forgiveness, and growth can help us heal when our life falls apart. These five gifts are found in many spiritual traditions and cultures.

Bio: First a journalist, then a psychotherapist, Laurie Nadel spent two decades in newsrooms and field reporting.  In the course of her first career, she came to recognize the need to help people whose lives were shattered by violence. After earning two doctorates through independent study, she opened her private practice with a specialty in trauma, PTSD, and other fear-based issues.

Dr. Laurie created emotional first aid tools to calm acute stress reactions after catastrophes and led a program for teenagers whose fathers were killed in the September 11th attacks on the World Trade Center.

But it was when her own home was destroyed by Hurricane Sandy in 2012 that she discovered the Five Gifts that would help her rebuild her life. That rebuilding took the form of a crash course in survival. Her professional and personal experience led to her starting a long-term support program for people in her community who had lost their homes.

Dr. Laurie’s Five Gifts have been shared with first responders and teachers at Marjory Stoneman Douglas High School in Parkland, FL where she has given several workshops.

As a facilitator of SoulCollage ®,  Dr. Laurie opens the way for individuals to access their reservoir of creativity and intuition for insight and personal growth.   Her SoulCollage ® workshop in Parkland just before the first anniversary of the shooting was well received by parents in the community where 34 people were shot last year.

Author of the four-time bestseller Sixth Sense: Unlocking Your Ultimate Mind Power , Dr. Laurie has been a guest on Oprah and Coast to Coast AM with George Noory.
www.laurienadel.com
@drlaurie
laurienadel on Instagram
TheFiveGifts on FB  [not active]
LaurieNadel,PhD on LinkedIn. [23,700 connections]