In memory of Jack Demeter and Neil Fachon 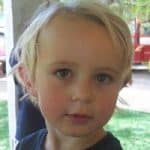 Jack began to have unsettling symptoms at the age of 3; he was taken to Children’s Hospital Los Angeles and was diagnosed with DIPG, or diffuse intrinsic pontine glioma, on Friday Oct. 28, 2011, indisputably the darkest experience of Janet’s life. The outrage of it made her determined to find the good in the situation, and she asked God to “Put me to work!” After Jack’s death, she remained determined to start working to find solutions to DIPG and incorporated Jack’s Angels at the end of 2012; the Foundation began its work in 2013. Despite the fact that DIPG is responsible for the majority of brain tumor deaths in children, she had been told there were no solutions for Jack because “the numbers aren’t great enough for investors.” This remains the primary motivation in her advocacy work, to prioritize children’s lives in our medical system in the United States.

In 2016 Janet Demeter started “Childhood Cancer Talk Radio” as an advocacy arm for children with cancer, and the “Relay for Kids” program, debuting with “Relay for Jack” this May 2016 to raise funds for the most urgently needed pediatric cancer research.

Our Mission:  To find solutions for DIPG and pediatric brain tumors by promoting the funding of creativity in scientific research, raise public awareness with activism and advocacy, and to support the afflicted.

Our Vision:  We believe in and see a world where our children are loved and prioritized in our actions as much as they are in our spoken values, where science works with nature as partner rather than conqueror, and where our human and spiritual values determine our currency.