Living a Life Free of Sickness and Disease 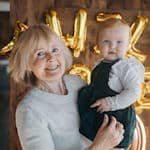 Debara welcomes back to the hour a new episode with lovely guest & friend, Kathrine Scott who shares more about how the body knows how to heal itself, her plant based journey and her new classes on healthy eating as she demonstrates recipes that do not need cooking … Kirlian photography, how it shows more about the Photon energy frequency in fruits and Vegetables