The EPA’s finding that glyphosate exposure does not cause any health risks is a blatant act of reckless endangerment to public health. Americans should be outraged, not just because our EPA is not protecting us, but because our government is allowing the collapse of democracy by pandering to corporate greed. 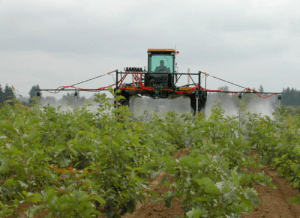 The EPA has been reviewing glyphosate, the declared active chemical ingredient in glyphosate-based herbicides most commonly known as Roundup or Ranger Pro, for over 10 years. During the last 120-day public comment period on glyphosate, the EPA received roughly 283,300 comments. Over 12,000 unique submissions were received from various stakeholders, including glyphosate registrants, grower groups, non-governmental organizations, pesticide industry groups, states, the U.S. Department of Agriculture, and members of the general public.