Artist Shoshana Feinstein Bio: Ms. Feinstein has extensive recording experience, including having worked with producer Martin Birch in Munich at Musicland Studios with Ronnie James Dio and Ritchie Blackmore on the “RAINBOW’ album. Shoshana has studied and sung the roles of, Carmen, Madama Butterfly, Violetta, Lola, Donna Anna and has performed with the Bel Canto Opera Company of Rhode Island, The Opera Company of Boston and the Kaji Aso Institute for the Arts.

In addition to her operatic experience, Shoshana has been singing professionally with jazz ,rock and blues bands across the New England area for her entire career.
She composes her own music, and has released “Everlasting Joy”  a compilation of love songs that she has written for weddings,which is available on iTunes and Amazon,as well as her latest release “Didn’t  See It Comin’ an eclectic blend of rock,soul and blues with a dash of opera buffo thrown in.  www.shoshanaenterprises.com 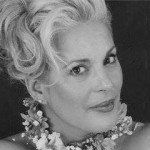 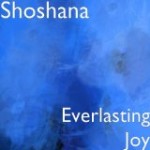 CD: Everlasting Joy”  a compilation of love songs that she has written for weddings