Artist Ruach Ru Bio: Loaded with positive messages, inspiring and entertaining, Ruach’s unique musical offerings invites her fans on a journey..to where you might ask…to a destination determined by you the listener…

A child of the rich culture of Jamaica, Ruach grew up surrounded by the cultural diversity only available on this tropical isle…those reflections and influences heard in her Reggae and R&B fusion melodies. 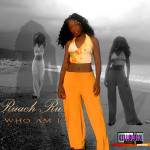 Fans of Ruach’s music have been treated to the release of singles such as IF WE BELIEVE. Released in June 2013 and now enjoying global support from radio stations and in October made the top ten charts on Shyrick Dancehall Radio from St.Louis where it now enjoys the number four position.  Ruach has also been featured in Miami Musik Buzz Magazine and Soul Central TV among other media and publications and interviews.

Evolution offers fans a deeper peek into the energy that is Ruach. The album features nine beautiful tracks including lead single IF WE BELIEVE and was produced by High Expectation Productions out of Jamaica.

Writing from the early age of ten, in a household filled with music…as is the norm in many Jamaican homes, Ruach now shares her creative talents in addition to music through Fashion Designing with the launch of her line of Resort and beach wraps; Holistic Therapy and Charity work..recognizing that the greatest benefit to the individual can only be attained through contributing to the greater good of the whole.