Artist: Cheryl Albright has traveled throughout the country singing for various churches, organizations, and special events.  Born and raised in the foothills of North Carolina, Cheryl came from a family of singers, musicians, and community activist.  Her grandmother, mother, and the Southern Baptist Church were instrumental in exposing her to all genres of music including country western bluegrass, and classical.  She has performed with a variety of choral groups throughout the South, New England, and Mid Atlantic.  Cheryl believes the gift of song removes cultural barriers and transform lives. calbr39@gmail.com 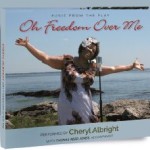 CD- Oh Freedom Over Me: A musical play created and performed by Cheryl Albright with Thomas Reed Jones as the accompanist.  Cheryl Albright shares her life story and her musical journey to overcome fear and prejudice.  She highlights the lives and accomplishments of five African-American female vocalists and their historical journeys to freedom during turbulent times.  Following in their footsteps, Cheryl pursued her own goals as an artist.  The legendary artists she represents in the performance include Sissieretta Jones, Bessie Smith, Billie Holiday, Mahalia Jackson, and Nina Simone.  This is a one-hour program followed by a 15-minute conversation with the audience.  A minimum of $1,500 to a maximum of $5,000 will be charged for a performance.  Fees will be calculated based on travel and lodging as well as the host’s ability to provide an audio/projection technician for rehearsal and performance. 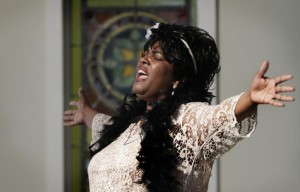