Tim Doyle Founder, The Path to Oneness and the Golden Ones 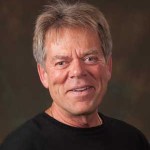 08-03-21 Tim Doyle Founder, The Path to Oneness and the Golden Ones

The Golden Ones are the Co-Creator Gods who have established the curriculum for the Spiritual Hierarchy Training School on Earth. They are here now to assist all of us who have chosen to come to Earth at this time to advance from being the Masters to Ascended Masters. https://thepathtooneness.com/