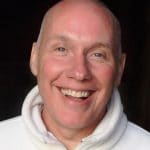 Here is a movie workshop that took place last week we recommend you watch the movie as well as listening to David’s commentary. Here is an amazon link where you can buy or rent the movie if you wish:

So today we’re going to watch a movie about a man who was a Catholic priest. He’s a good example of putting God first. He’s a Catholic priest who passed away a few years ago in October of, 2018, he lived to be 95. His name is Thomas Keating, he came through Catholicism, and he sought God with his heart. And when he sought God he became a friend to the Dalai Lama, he became a friend to many different religions, he still wore his Catholic priest’s outfit but he had a smile on his face he had twinkly eyes, he didn’t see that God involved competition or that there needed to be competition between religions. He didn’t believe in, whose religion is the right one. He didn’t believe in it it’s almost like asking whose theology is the right one. It’s all about peace it’s all about happiness. It’s not about getting caught up in the who believes the best thing. And that’s where you start to see he outgrew traditional religion, he grew into a spiritual connection with God, and harmony and happiness. He could talk to people that seem to have different beliefs than him and it didn’t matter. He would have a friendly conversation with them. He would have humor. He would have joy. And this is just an example of what happens if you put devotion to God above all else. What that means is you’re putting happiness above all else, you’re putting joy, peace of mind, harmony, above all else. Your relationship with your brothers and sisters is your relationship with God. So, the more harmonious you are with everyone that you perceive or even everyone you think of that is your reflection of your relationship with God, to know God is to know supreme happiness to know God is to know a sense of love and inclusiveness of harmony.