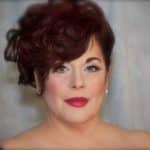 Bel canto means, most literally, “beautiful singing.” It is a term used to describe all Italian singing, but in particular the light, bright quality that Italian opera singers use to charm audiences.

Shoshana Feinstein, is the director and a tutor at her RENAISSANCE MUSIC CENTER where she offers private classes in voice, piano, music theory, composition and theatre As a proponent of The Bel Canto technique, her successful integration of this school and popular music has enabled her to successfully impart her knowledge to her students regardless what their genre of singing style may be. Her students have ranged in ages from six to sixty. Ms. Feinstein is able to tailor the individual needs of each student’s voice in a creative and progressive fashion.

Shoshana began studying voice at fifteen. She graduated ROGER WILLIAMS UNIVERSITY with a double major in Theatre and Voice. Spending a year at Boston University she studied with Ms. Chloe Owen. She has been under the tutelage of Jane Bakken-Klaviter of the Bel Canto Institute, Annamaria Saritelli-DiPanni, founder of the Bel Canto Opera Company of Rhode Island and spent the last fifteen years studying with the late Kaji Aso.

Bel Canto emerged in the sixteenth and seventeenth centuries, but its roots lie all the way through the Middle Ages. It began in the singing instruction that Italian masters provided their students. Because singing must be mastered internally, teaching singing is tricky. Italian masters relied on a system of teaching and listening to their pupils. When the pupil created a tone or sound that was of admirable quality, the master would urge that pupil to repeat the sound until it was ingrained in their memory.

Italian singing itself is very dependent upon the Italian language. Italian words often contain consonants strung together with vowel sounds. Because of this, their language is very fluid and, when spoken correctly, it resonates in the facial structure. Italian singers make full use of these vowels, because they allow long, continuous lines in singing. Italian singing contains little distinction between the start of tone and the intake of breath. This, too, contributes to a continuous line. Finally, Italians consider singing to be a natural act instead of an unnatural one. Therefore, true Italian singing, and true Bel Canto singing, is an extension of normal speaking and voice expression. From the popularity of Andrea Bocelli and other Italian singing stars, one can see that Bel Canto will be around for quite a long time.

Ms. Feinstein has extensive recording experience, including having worked with producer Martin Birch in Munich at Musicland Studios with Ronnie James Dio and Ritchie Blackmore on the “RAINBOW’ album.

Shoshana has studied and sung the roles of, Carmen, Madama Butterfly, Violetta, Lola, Donna Anna and has performed with the Bel Canto Opera Company of Rhode Island, The Opera Company of Boston and the Kaji Aso Institute for the Arts. In addition to her operatic experience, Shoshana has been singing professionally with jazz, rock and blues bands across the New England area for her entire career.

She composes her own music, and has released “Everlasting Joy” a compilation of love songs that she has written for weddings, which is available on iTunes and Amazon, as well as her latest release “Didn’t

See It Comin’ an eclectic blend of rock, soul and blues with a dash of opera buffo thrown in. Website :https://www.shoshanaenterprises.com