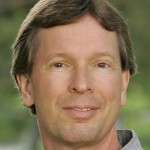 What if the world we see isn’t actually the true reality? Donald Hoffman talks with Cynthia Sue Larson about his interface theory of perception, in which what we typically assume to be “out there” is not necessarily reality–but rather something akin to the desktop user interface on a computer. And just as we don’t need to execute machine language commands in order to send an email or delete a file, biological evolution has been proven to favor perceptual fitness over truthful completeness and accuracy of perception. As Hoffman writes, “… to experience is to construct, in each modality and without exception,” and new findings in quantum physics and quantum biology increasingly provide scientific evidence to show this is true.
_____________

Donald Hoffman is a professor of cognitive science, computer science, and philosophy at the University of California, Irvine. He is the author of more than 90 scientific papers and three books, including Visual Intelligence: How We Create What We See. He received his BA from UCLA in Quantitative Psychology and his Ph.D. from MIT in Computational Psychology. Donald received a Distinguished Scientific Award of the American Psychological Association for early career research into visual perception, and the Troland Research Award of the US National Academy of Sciences for his research on the relationship of consciousness and the physical world.   http://www.cogsci.uci.edu/~ddhoff/