Exploring the Mystery of Consciousness with Peter Russell 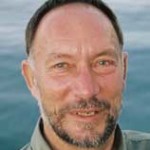 11-11-15   Exploring the Mystery of Consciousness with Peter Russell

Peter Russell talks with Cynthia Sue Larson about how science has been so far unable to predict that any living thing should be conscious, working from assumptions of the physical world being the real world. Russell talks about the benefits of adopting a different set of foundational assumptions of consciousness being primary. Russell offers advice for scientists, psychologists and computer programmers at this time of global paradigm change to embrace the metaparadigm that consciousness is primary. Russell describes a form of meditation that requires no effort and offers wonderful rewards, and describes what he knows for sure that can positively transform the world.

Peter Russell gained an honors degree in physics and experimental psychology at the University of Cambridge, England, and postgraduate degree in computer science. He studied meditation and Easter philosophy in India, and on his return conducted research into the neurophysiology of meditation and the University of Bristol. Russell has been a consultant to IBM, Apple, American Express, Barclay’s Bank, Swedish Telecom, Nike, Shell, BP and other major corporations. His books include: The TM Technique, The Brain Book, The Upanishads, The Global Brain Awakens, Waking Up in Time, and From Science to God. His website is: www.PeterRussell.com

This Month: Book of the Month: The Evolutionary Empath: A Practical Guide for Heart-Centered Consciousness, author Rev Stephanie Redfeather

Kids Book of the Month: You Are a Powerful Creator, My Little One: Creating Happiness, Author Monica Iglesias