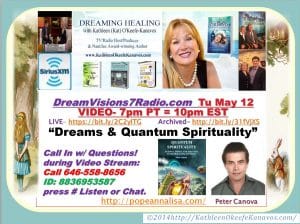 Bio: From the time he first experienced phenomena such as telepathy, remote viewing, intuitive medical readings, and psychic healing, Peter Canova has spent much of his life seeking to understand the forces that link humanity together at an unseen level. 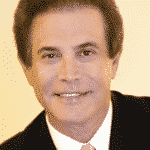 Peter’s international business background—luxury hotel development, shipping, and import/exporting—carried him around the world, giving him an insider’s view of international politics, finance, and the mentality of foreign cultures. Athens, Rome, London, the Middle East, Thailand, and Africa were the crucibles that melded business, political, and economic intrigues in Peter’s experience, giving him real life stories that could make best sellers in and of themselves.

In each of these venues, Peter also met a variety of spiritual figures, all of whom appeared in his life unsolicited and confirmed his conviction that spirit transcends the religious beliefs that tend to divide people. Love of Spirit unites them.
http://popeannalisa.com/

Call in and Talk with Kat during Live Show with Video Stream: Call 646-558-8656 ID: 8836953587 press #
Have a Question for the Show? Go to
Facebook– Dreams that Can Save Your Life
Facebook Professional–Kathleen O’Keefe-Kanavos
http://kathleenokeefekanavos.com/