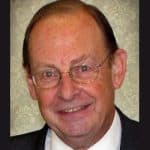 David Howard grew up as a Christian and expected to enter the clergy, and he ended up with a secular career but his love for Jesus and his desire to figure things out have made him a zealous researcher. He became an Episcopalian in college, and for two years he was a postulant studying for the Episcopalian priesthood. But instead, he became a journalist who spent his life studying religion, theology, religious history, and human consciousness and our survival of death.

Like me, he was someone with a serious daytime career and a secret scholarly passion! Dave is the founder and president of The Universal Message, which has been a longtime member organization of the International New Thought Alliance. His wonderful book is called Prisons with Stained Glass Windows – Untying the Bonds of Dogma – Embarking on the Path of Spirit. His publisher’s website is https://akmbooks.com/