Childbirth and Midwifery with a Heart 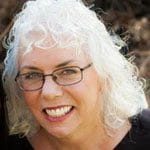 Midwifery is literally “as old as the hills”. With the movement towards delivering babies hospitals that occurred in the last century, midwives became rare. There has been a recent upsurge in the use of midwives, and not only because hospitals are becoming repositories of infection with “flesh eating bacteria” that are immune to antibiotic treatment (e.g., MRSA – Methicillin-Resistant Staph Aureus). Many couples are coming to the conclusion that having their baby at home, in familiar surroundings, with loved ones nearby, is a much more natural and wholesome procedure.

In nearly every human culture and society in the world, up until rather recently, it was women who were responsible for helping women give birth. Only in our culture, only in the last century or two, did we decide that childbirth should take place in the hospital where every other kind of physical trauma is treated.

Between the time my first son was born and now there has been an enormous movement away from having hospital births supervised by a physician, instead having them take place at home with the assistance of a midwife. Why burden the birthing process with an association with disease and illness, and why risk being that close to deadly infectious agents.

This episode features two guests, a mother and daughter who both happen to be midwives, and as you will learn, one has practiced for 40 years, and the other was present at her first birth at the age of 1 year! Alison Osborn and Daymora Taylor let us in on some of the history of midwifery, what it is, how this surge in popularity has happened, and their personal experience of attending births.