Be All You Can Be – A Conversation with Jim Channon 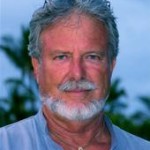 Jim Channon was a Lieutenant Colonel in the United States Army. Most notably he is remembered for creating the First Earth Battalion manual. Post Vietnam 1978 was a time when military morale and enrollment were at an all time low. During this period the U.S. Army needed to drastically shift approaches and prepare to defeat a vastly larger Soviet force in Europe. Army leaders called upon officers to develop needed creative approaches to dealing with this challenge. They were encouraged to fully explore the Army’s “Be All That You Can Be philosophy”.

Many of the ideas contained in this and the outcomes of putting such concepts into practice have been documented by journalist Jon Ronson in his book The Men Who Stare at Goats, and now the new movie of the same name, staring George Clooney, Ewan McGregor, Jeff Bridges, and Kevin Spacey.