How I Found God in Everyone and Everywhere with Andrew M. Davis and Philip Clayton

11-26-19 How I Found God in Everyone and Everywhere with Andrew M. Davis and Philip Clayton

Much can be gained from trailing the spiritual narratives of those who have traveled ahead of us, for the God they have found, we may never have considered. How I Found God in Everyone and Everywhere captures for a general audience the spiritual shift away from popular notions of a God “up there” and “out there” and toward immanent and inclusive understandings of a God in our very midst. It’s built around the fascinating personal journeys of a close-knit group of prominent contributors, leaders including Deepak Chopra, Richard Rohr, Rupert Sheldrake, Matthew Fox, Cynthia Bourgeault, Ilia Delio, Keith Ward and others.As these diverse spiritual memoirs testify, for many today, the spiritual journey has lead to the discovery of a divine reality that, it turns out, we already inhabit, one that encompasses us all. Sometimes called “panentheism,” this relational and participatory vision is allowing for a “return to God after God” and thus a continuation of the spiritual journey. This God is not found in some people and some places, but in everyone and everywhere. 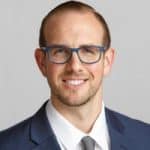 Andrew M. Davis is a philosopher, theologian and scholar of world religions. A native of northern California, he was born and raised among the towering redwoods of Occidental and the meandering woodlands of Santa Rosa’s Bennett Valley. It was out these natural settings that his passion for the questions of philosophy, theology and religion first emerged. Since these early years, he has pursued nothing short of an adventure of ideas. He holds degrees in Philosophy/Theology and Interreligious Studies and is currently perusing his Ph.D. in Religion at Claremont School of Theology with emphases in Process Philosophy, Philosophy of Religion, Christian Theology and Comparative Religion. An educator and advocate of cross-cultural knowledge and religious literacy, his studies have led him to a variety of religious contexts and communities around the world. He has received the 2013 Award for Excellence in Biblical Studies, a 2017 fellowship with FASPE (Fellowships at Auschwitz for the Study of Professional Ethics) and is author and editor (with Philip Clayton) of “How I Found God in Everyone and Everywhere: An Anthology of Spiritual Memoirs” (Monkfish, 2018). Among his many pastimes are reading, music, hiking, and conversing over cappuccinos at local coffee shops in the Claremont and larger Los Angeles area.
https://www.andrewmdavis.info/
Amazon author: amazon.com/author/adventuredavis
academia.edu: https://cst.academia.edu/AndrewDavis 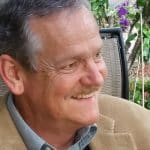 Philip Clayton is the Ingraham Professor at Claremont School of Theology in Claremont, California. Clayton has taught or held research professorships at Williams College, California State University, Harvard University, Cambridge University, and the University of Munich. His research focuses on biological emergence, religion and science, process studies, and contemporary issues in ecology, religion, and ethics. He is the recipient of multiple research grants and international lectureships, as well as the author of numerous books, including The Predicament of Belief: Science, Philosophy, Faith (2011); Religion and Science: The Basics (2011); Transforming Christian Theology: For Church and Society (2009); and In Quest of Freedom: The Emergence of Spirit in the Natural World (2009). He also edited The Oxford Handbook of Religion and Science (2006).

In books and lectures, Clayton works to formulate constructive theological responses to developments in contemporary science and philosophy. He has also been a leading advocate for comparative theology and the internationalization of the science-religion dialogue. As P.I. of the “Science and the Spiritual Quest” program and as Provost of a multi-faith university, he worked to expand these fields to include Muslim and Jewish scholars, the Dharma traditions of India, and the religious traditions of Southeast Asia.
http://philipclayton.net
pclayton@cts.edu
Twitter: pdclayton7