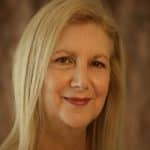 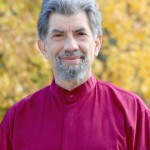 Live Life presents a fascinating series of very personal stories demonstrating the healing potential within each of us. Although the stores may be different, in each case, we see the power of LOVE to heal – the power of mindfulness, caring, forgiveness, and the power of belief.

LIVE LIFE tells the true-life stories of people whose lives have been transformed through the power of the mind and alternative medicine.

JERRI SHER is 2x EMMY Award-winning filmmaker.  A member of the Directors Guild since 1998, she has completed 22 film and television projects. Ms. Sher wrote, directed and produced QUIET EXPLOSIONS: Healing the Brain, a documentary feature about Traumatic Brain Injury (TBI) and Post Traumatic Stress (PTS) in veterans, athletes and civilians. It has just been awarded The Impact Award by TMIF (The Most Important Film of the Year 2021) and the best Documentary Feature and Best Director from AOF.  The International Independent Awards gave the film Platinum for Documentary feature, Original Score and Best Direction. IndieFest has awarded it the Excellence award for Director and Documentary Feature. Quiet Explosions qualified in the 94th Oscar campaign for Best Documetnary Fetaure and Best Music Score. The movie won Best Documentary Feature at the NoHo CineFest FF and the Lilac Award at the SpIFF Int. FF and was released by Cinema Libre Studio. LIVE LIFE: Awaken Your Inner Power (healing through alternative medicine) her 12-part series was released by Tri-Continental Distribution and is on Amazon in the US, Germany and the UK. Her short film STEP UP is part of a presentation SANTA MONICA CARES which she created for City/TV Santa Monica, and garnered her 2 EMMYS.  It was Ms. Sher’s true honor to be selected to create and produce the Retrospective Tribute Film honoring Kathryn Bigelow for the DGA’s 75th Anniversary Gala. She also wrote and produced a film honoring Betty Thomas, Mimi Leder and Patty Jenkins for the Women’s Steering Committee of the DGA. LIVE LIFE A-Z won the George Lucas Global Education Award and the My Hero Int. Film Festival. Her documentary SOUL OF AN EMPIRE, about the rebirth of 42nd St. NYC, and the moving of the infamous Empire Theatre, won the Best Documentary Feature Award at the Big Bear Lake Int. FF, and the Special Jury Award at The Savannah Film & Video Festival.

Ms. Sher entered the transportation industry in the early eighties. She worked for Preston the 151 Line and GOD Guaranteed Overnight Delivery, where she was trained by Tony Robbins.  While working in sales and marketing in the trucking business, she learned the necessary skills to become a producer. Her third career of directing and screenwriting emerged when she wrote a novel about a medical mystery about the cure for HIV/AIDS, “THE TWIG PAINTER”.  Her book “How To Have A Successful Bridal Shower A to Z” became a national #1 best seller on Amazon.  She is a member of the DGA, IDA, AWD and GreenLight Women and lives in Los Angeles with her husband Alan. Jerri’s mission is to work on projects that will positively influence society.  http://www.jerrisher.com/
Jerri Sher – Wikipedia

For the past 50 years Emmett Miller MD has learned and developed tools to help people who are truly in trouble. In these unprecedented times Dr Miller offers FREE resources to relax, access deeper wisdom and spiritual essence, strengthen immune systems.

Widely acclaimed for his role in creating the field of Mind-Body Medicine, Dr. Emmett Miller continues to apply his innovative thinking in the development of new approaches and techniques of Integrative Medicine, psychotherapy, wellness, stress management, psychoneuroimmunology, meditation, guided imagery and self-hypnosis for optimal health and performance. www.drmiller.com

Emmett Miller earned his MD from The Albert Einstein College of Medicine and has served as lecturer and preceptor at Stanford, University of California, as well as other universities and medical schools introducing his groundbreaking work in Mind-Body Medicine, mindfulness, and stress reduction.