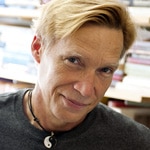 Do humans think more like quantum computers than classical computers? Cynthia Sue Larson talks with Jerome R. Busemeyer about the new field of quantum cognition and his book, “Quantum Models of Cognition and Decision.” Busemeyer describes how he became interested in investigating the ways quantum logic and theory provides a fundamentally different–and in many cases more accurate–foundational model by which to better understand how humans think and make decisions. The order and context of events turns out to make a significant difference in the decisions we make, which helps explain why people sometimes answer very differently when we change the order of the questions that we ask.

Dr. Jerome R. Busemeyer is a Professor in the Department of Psychological and Brain Sciences at Indiana University, Bloomington, USA. His research includes mathematical models of learning and decision making, and he has formulated a dynamic theory of human decision making called decision field theory.  Jerome Busemeyer is the recipient of the 2015 Howard Crosby Warren Medal of the Society of Experimental Psychologists in recognition of longstanding contributions in dynamic decision making and pioneering work in models of quantum cognition. Dr. Busemeyer is one of two co-authors of the book, “Quantum Models of Cognition and Decision.”  http://psych.indiana.edu/faculty/jbusemey.php