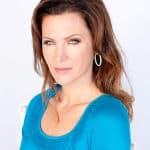 Traditionally September has signaled going back to school and the start of fall. Although this year is different due to COVID 19, many of us – whether we have kids in school or not – still think of September as a time for learning. Since most of are spending more time at home due to the Coronavirus pandemic, why not us that time for some learning and education? What interests you? What do you wish you knew more about? Since FLAUNT! stands for Find your Fetish, Laugh out Loud, Accept Unconditionally, Navigate the Negative and Trust in Your Truth, what if you began by learning something fun, then learned something that makes you laugh? What might you learn that you would have never had the chance to learn if the pandemic not happened? What an incredible git! Let’s open that gift now! Bonus points for reaching out and sharing with me what you’d most love to learn.

The power of social media is undeniable because of the way it allows us all to tell our story. Even though we have always had story, in the past stories were only written down by those with power. Consequently, many stories were never written, shared, or remembered, and many people’s voices were silenced or lost. Today’s episode bridges the gap between the stories of the past and the power of storytelling and social media today. Today’s guest, Leslie Zemeckis, is a master of both storytelling and the power of social media. She tells the stories of women in American pop culture from the early part of the 20th century who were dismissed, ignored, or never asked for their point of view. As Kathleen McGowan, author of The Magdalene Line series said, “History is not what happened but what is written down” Leslie Zemeckis is literally changing history, by writing down the stories of powerful, unique women whose stories otherwise may have been lost to history

Additionally, Leslie is also using her power and passion to elevate the stories being told on social media. To combat the onslaught of negativity on social media today, she created an EMPOWERMENT CHALLENGE to spread love and positivity.

Her challenge is to post something once a week about someone else, an artist, friend, philanthropist, whomever, who is making the world better (in big ways and small) who needs a light shone on them.

Why? So together we can empower others and rise higher and so we can start telling and sharing the stories that really matter.

Leslie Zemeckis is a best-selling author, actress, writer and award-winning documentarian. Leslie’s critically acclaimed films include Behind the Burly Q, the true story of old-time burlesque in America which ran on Showtime. The film was championed by such publications as USA Today and The New Yorker reveals the never-before told stories of the men and women who worked in burlesque during its Golden Age; Bound by Flesh about Siamese twin superstars Daisy and Violet Hilton which debuted at number 5 on Netflix, and Mabel, Mabel, Tiger Trainer chronicling the extraordinary story of the world’s first female tiger trainer, Mabel Stark, in the early part of the 20th century.

She the author of three best-sellers,Behind the Burly Q, the definitive oral history of burlesque,Goddess of Love Incarnate; the Life of Stripteuse Lili St. Cyr and Feuding Fan Dancers,about Sally Rand, Faith Bacon and the golden age of the showgirl. She is currently working on her fourth book.

As an actress she has worked in films alongside Tom Hanks, Steve Carell, and Jim Carrey. She currently co-stars in the film From Zero to I Love You opposite Richard Lawson.

Zemeckis continues to specialize in women in American pop culture from the early part of the 20th century Zemeckis is a frequent contributor to Huffington Post, Medium, Talkhouse and has written for W Magazine and Stork Magazine.  She has presented her work and spoken at panels and Universities including Santa Barbara City College, Los Angeles Times Festival of Books, The Chicago Club, Chicago History Museum, MoMa, Burlesque Hall of Fame, Burly www.lesliezemeckis.com

Still want more? Of course, you do! Purchase Lora’s book, FLAUNT! Drop Your Cover and Reveal Your Smart, Sexy & Spiritual Self wherever books are sold.