“Face It, Embrace It, Defy It, Conquer It” with Victoria Arlen 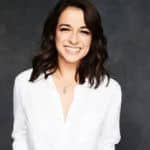 Victoria Arlen’s life drastically changed in 2006 at the tender age of eleven when she developed two rare conditions known as Transverse Myelitis and Acute Disseminated Encephalomyelitis. This was an incredibly rare scenario and Victoria quickly lost the ability to speak, eat, walk and move. She slipped into a vegetative state in which doctors had written her off as a lost cause. Victoria spent nearly four years “locked” inside her own body completely aware of what was going on just unable to move or communicate. Doctors believed there was little hope of survival and recovery was unlikely. Victoria, however was not ready to give up. In 2010 after almost four years she began the nearly impossible fight back to life. Learning how to speak, eat and move all over again.

Victoria went on to exceedingly defy the odds and not only recovered but has since become an accomplished Motivational Speaker, Actress, Model, and Swimmer. Her swimming resume includes three Silvers and a Gold medal from the London 2012 Paralympic Games as well as multiple World, American and Pan American Records. In April 2015, Victoria made the transition from professional athlete to sportscaster and joined ESPN as one of the youngest on air talents hired by the company and reports/hosts for various platforms.

In 2016 Victoria’s endless hard work, training, determination and perseverance delivered results when she got out of her wheelchair and began walking on her own despite the lack of feeling in her legs.

In 2017 she continued her journey of movement, competing through the semi-finals as a contestant on Dancing with the Stars Season 25.  Victoria is also carrying out her dream of helping others, serving as the Founder and Co-Chair of Victoria’s Victory Foundation.

As her journey continues she has penned her auto-biography, LOCKED IN that released in August of 2018.

At just twenty-four years old Victoria has become world famous not only for her story and accomplishments but for her message: “Face It, Embrace It, Defy It, Conquer It” 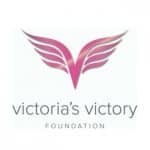 Victoria Arlen, Founder of Victoria’s Victory Foundation is on a mission to help other’s. By founding Victoria’s Victory Foundation she wants to provide assistance to help people achieve their own personal victory.  While Victoria was living in a physical vegetative state, her mind was very much alive; at that time she made a commitment that if she got her second chance, she would dedicate her life to helping other’s. As a young woman that trained and worked endless hours to overcome her obstacles with the support of her family and those close to her, she realized the importance of a strong foundation of support and being surrounded by those that believe in you.  Victoria has started Victoria’s Victory Foundation as a way to provide other’s with their own support system so they too can achieve their victory.