Are You Unconscious? with the Legendary Bernie Siegel, M.D. 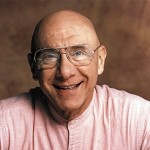 Most people sleepwalk through their lives, focused on the small self rather than becoming aware of the larger aspects of life and consciousness.

According to Dr. Siegel, accessing the greater consciousness enables us to know the future, communicate with animals, and more.

But, as Siegel says, “When you are asleep this is your natural state but when you are awake and your life and mind are turbulent it cannot happen…”

Tune in for a fascinating discussion on how you can awaken to a more conscious life (when you’re awake rather than sleeping) so that you can access the greater consciousness.

Bio: Dr. Siegel, who prefers to be called Bernie, not Dr. Siegel, was born in Brooklyn, NY. He attended Colgate University and Cornell University Medical College. He holds membership in two scholastic honor societies, Phi Beta Kappa and Alpha Omega Alpha and graduated with honors. His surgical training took place at Yale New Haven Hospital, West Haven Veteran’s Hospital and the Children’s Hospital of Pittsburgh. He retired from practice as an assistant clinical professor of surgery at Yale of general and pediatric surgery in 1989 to speak to patients and their caregivers.

In 1978 he originated Exceptional Cancer Patients, a specific form of individual and group therapy utilizing patients’ drawings, dreams, images and feelings. ECaP is based on “carefrontation,” a safe, loving therapeutic confrontation, which facilitates personal lifestyle changes, personal empowerment and healing of the individual’s life. The physical, spiritual and psychological benefits which followed led to his desire to make everyone aware of his or her healing potential. He realized exceptional behavior is what we are all capable of. Bernie, and his wife and coworker Bobbie, live in a suburb of New Haven, Connecticut. They have five children and eight grandchildren. Bernie and Bobbie have co-authored their children, books and articles. Their home with its many children, pets and interests resembled a cross between a family art gallery, museum, zoo and automobile repair shop. It still resembles these things, although the children are trying to improve its appearance in order to avoid embarrassment.

In 1986 his first book, Love. Medicine & Miracles was published. This event redirected his life. In 1989 Peace, Love & Healing and in1993 How To Live Between Office Visits followed. He is currently working on other books with the goal of humanizing medical education and medical care, as well as, empowering patients and teaching survival behavior to enhance immune system competency. Bernie’s realization that we all need help dealing with the difficulties of life, not just the physical ones, led to Bernie writing his fourth book in 1998 Prescriptions for Living. It helps people to become aware of the eternal truths and wisdom of the sages through Bernie’s stories and insights rather than wait a personal disaster. He wants to help people fix their lives before they are broken, and thus not have to become strong at the broken places.

Bernie has been named one of the top 20 Spiritually Influential Living People on the Planet by the Watkins Review which is published by Watkins Books, an esoteric bookshop in the heart of London, England. Established over 100 years ago, they are now one of the world’s leading independent bookshops specializing in new, second-hand and antiquarian titles in the Mind, Body, Spirit field. www.BernieSiegelMD.com