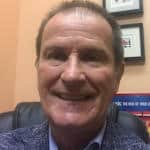 The American health care system is focused on monetary rewards and not on public health and people.

As a result, there is little to no reimbursement for nutritional counseling to foster good health and reverse obesity and tobacco addiction.

There is little to no reimbursement to avert the number #1 killer of American men & women– heart attacks and expensive surgery. Rather, treatment is often initiated AFTER someone suffers a heart attack.

The US health care system advocates “waiting “ for symptoms all but guaranteeing advanced more difficult to treat and expensive heart disease and cancer, rather than trying to diagnose heart disease and cancer at its earliest point in development and provide preventive treatments designed to stop, slow or reverse life threatening disease BEFORE it’s too late.

Tune-in for an eye-opening conversation on what you can do to not become another casualty of our healthcare system.

John J. Duncan holds a Ph.D. in exercise physiology is presently founder and chief executive officer of ViaScan of Las Colinas; one of the nations leading cardiac imaging centers. Dr. Duncan has held an appointment, as professor of clinical research at Texas woman’s University, located in didn’t Texas from 1996-2000. Dr. Duncan served as chief of clinical applications at the steam Cooper Institute for aerobics research, Dallas Texas from 1980 to 1995. Dr. Duncan‘s research has focused on the public health implications of exercise with special emphasis on the role of exercise, diet, lifestyle in the prevention and treatment of chronic diseases; particularly heart disease. Dr. Duncan has perform fitness valuations and exercise prescriptions for elite, Olympic, and professional athletes, working with the Dallas Mavericks, Dallas Cowboys, and Texas rangers; as well as individual elite athletes.

Dr. Duncan also has experience designing anti-jet leg programs to optimize physical mental performance of elite professional athletes as well as business leaders.  Dr. Duncan was involved with a 1994 US World Cup soccer team responsible for fitness testing in developing of conditioning program stop my athletic performance. Dr. Duncan is published over 30 papers in the scientific and medical later; with his clinical research published in the steam Journal of American medical Association. Dr. Duncan has also served as a reviewer for JAMA. His research has been featured in Ashley in the New York Times, Los Angeles times, USA today, Wall Street Journal, Chicago tribune, and international media.

Dr. Duncan has appeared in fitness video tapes with Miss Linda Lavin and Nolan Ryan. Dr. Duncan was radio house of his own radio show “your health on target quote that I heard from 1990 Ford in 1999. Dr. Duncan was named the Who’s Who an executive, professional, and leading businesses in 2004.
https://www.instagram.com/viascanlascolinas/
https://www.facebook.com/ViaScan1
Website: http://www.123bodyscan.com

Tune-in to “Love Never Dies” and discover for yourself why reconnecting and Dialoguing with Your Departed loved ones is the only way to dry your tears and transform your grief to joy! For more information about Dr. Turndorf follow her on Facebook: askdrlove and Twitter: @askdrlove and visit www.askdrlove.com.